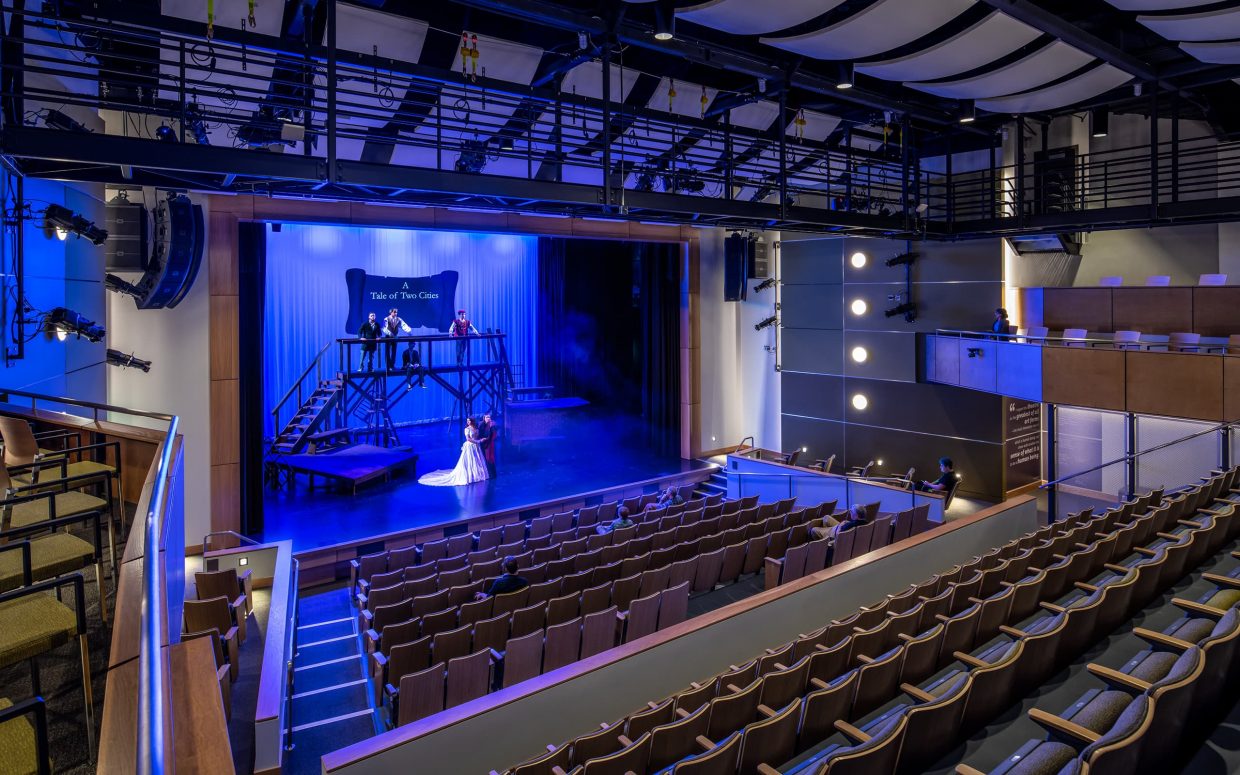 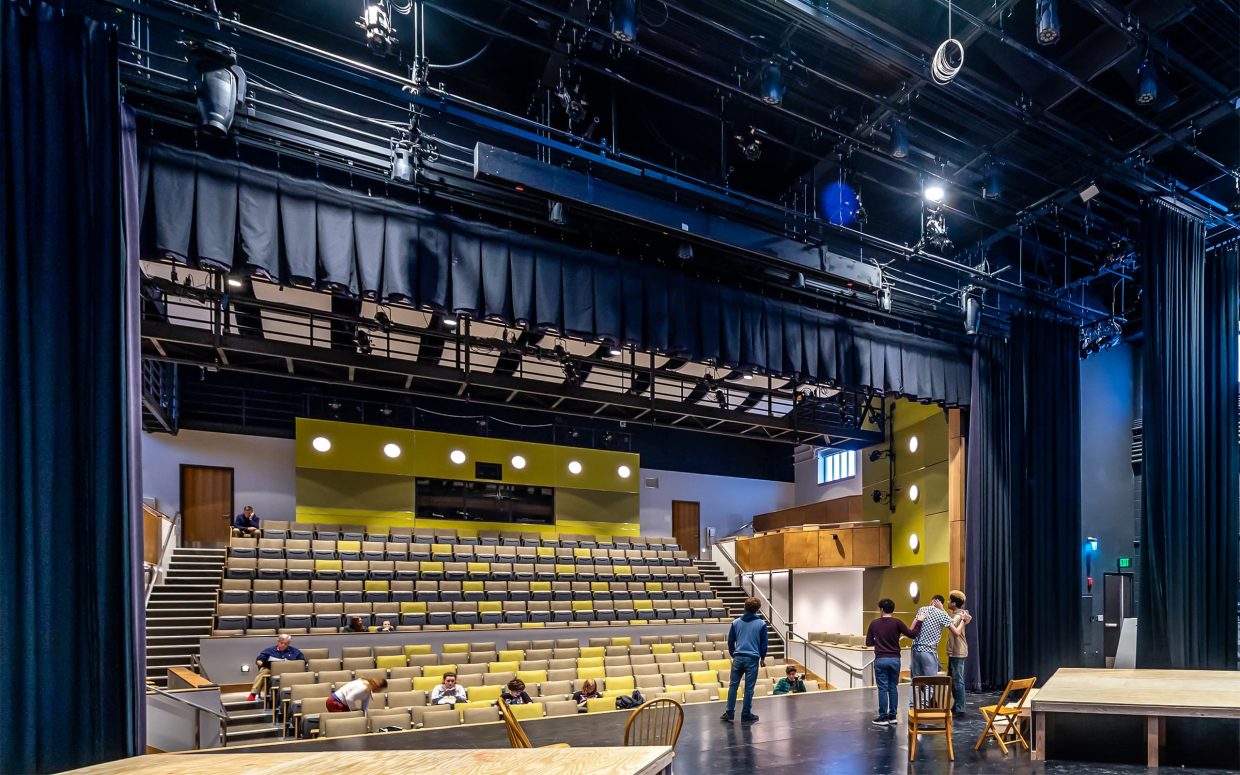 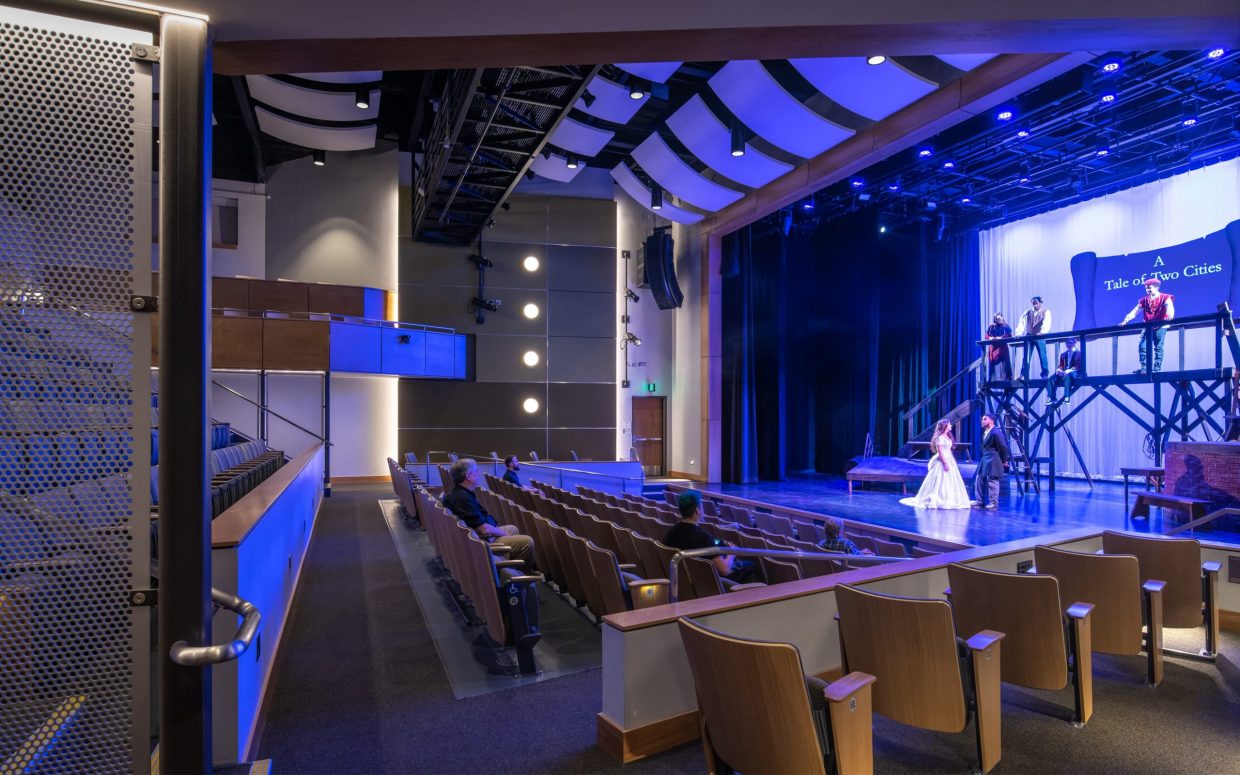 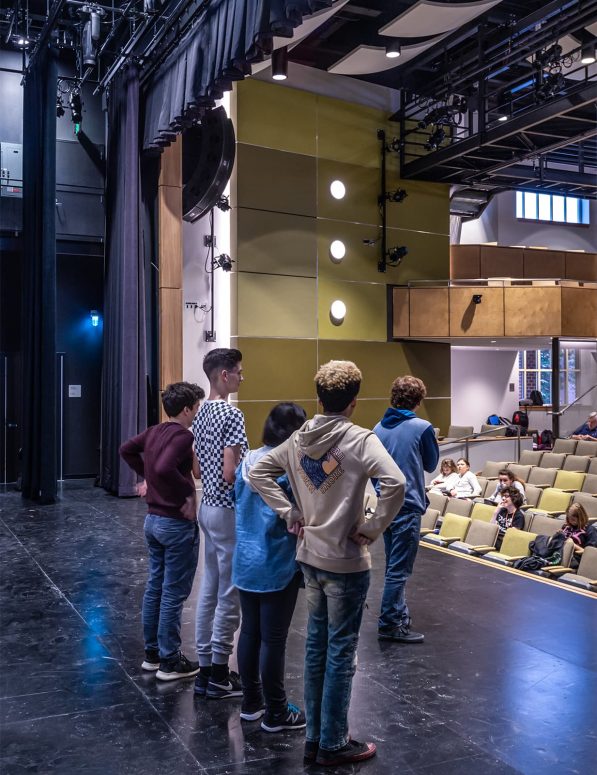 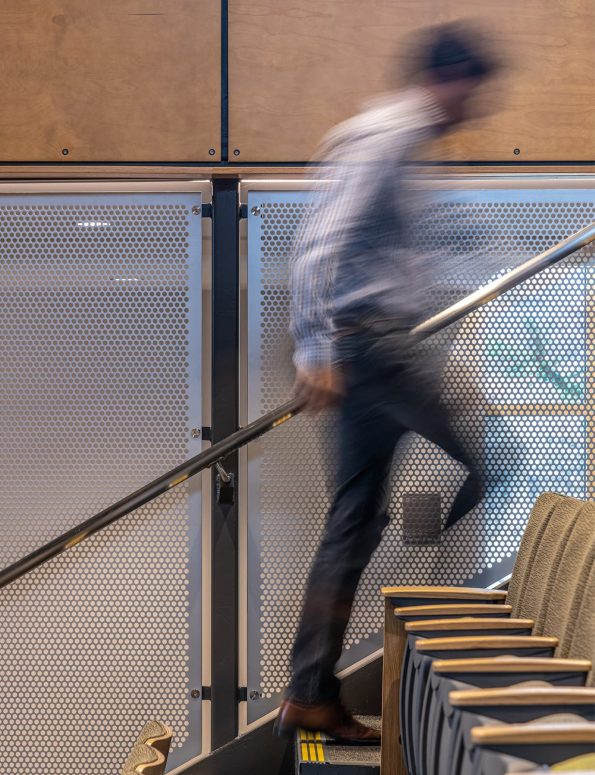 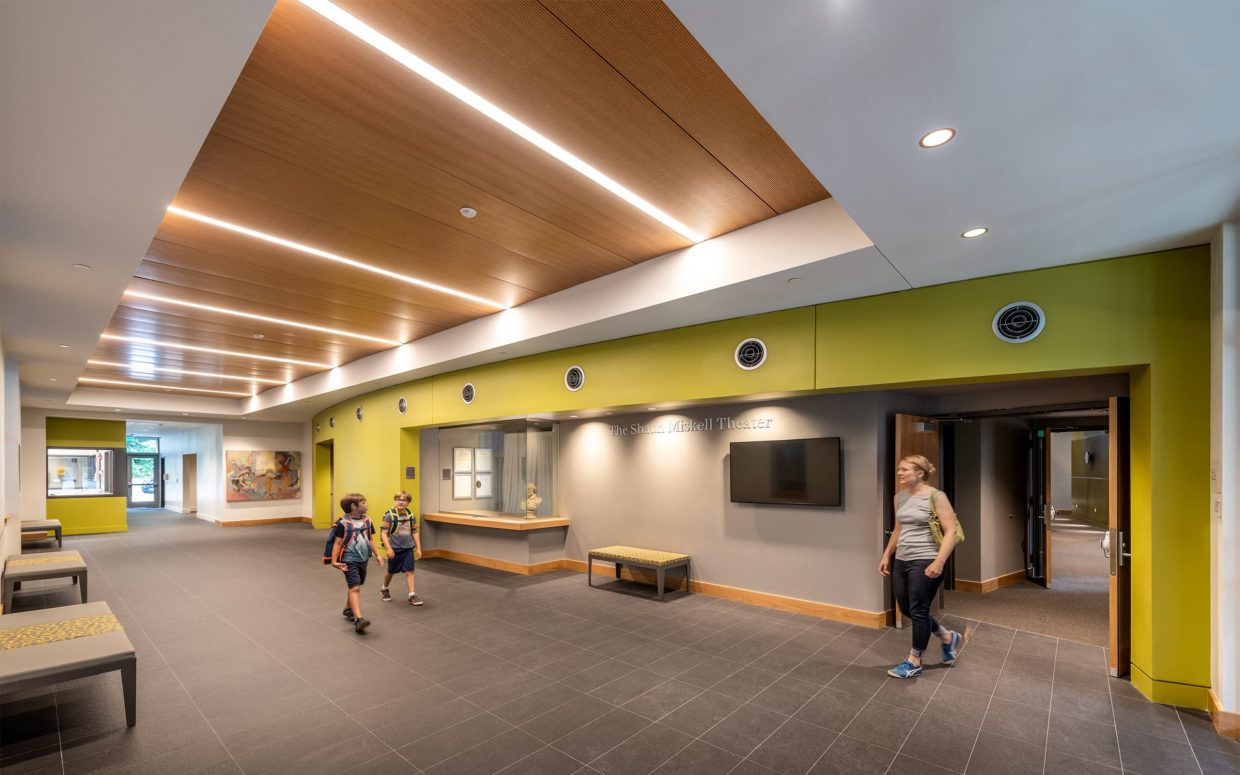 The Lab School of Washington is an innovative learning community fostering scholarship and creativity in students with language-based learning differences, such as dyslexia and ADHD. The Lab School’s arts-based program, designed for these students to thrive, includes a vibrant performing arts program, however the school had an existing small Black Box Theater that was inadequate to support their growing performing arts program.

cox graae + spack architects was commissioned to prepare a master plan for the Lab School’s Reservoir Road campus in Washington DC. Among other program considerations they were asked to propose options for an expanded or new theater space. Through analysis it was agreed that expanding the existing Black Box Theater was not an option, so other locations on the campus were reviewed. It was determined that the existing underused natatorium provided a viable opportunity. A study of the athletics building showed that the volume of the natatorium space was a perfect fit for the 275-seat theater while also keeping the gymnasium. Raked seating went into the swimming pool with room underneath the seats for low volume air distribution from below. The pool’s pump room, perfectly located immediately backstage, became the scene shop. Some of the locker rooms were maintained as restrooms but the large space allowed for an additional music room and recording studio that doubles as the Green Room. The renovation includes a generous lobby with box office serving both theater and sporting events.