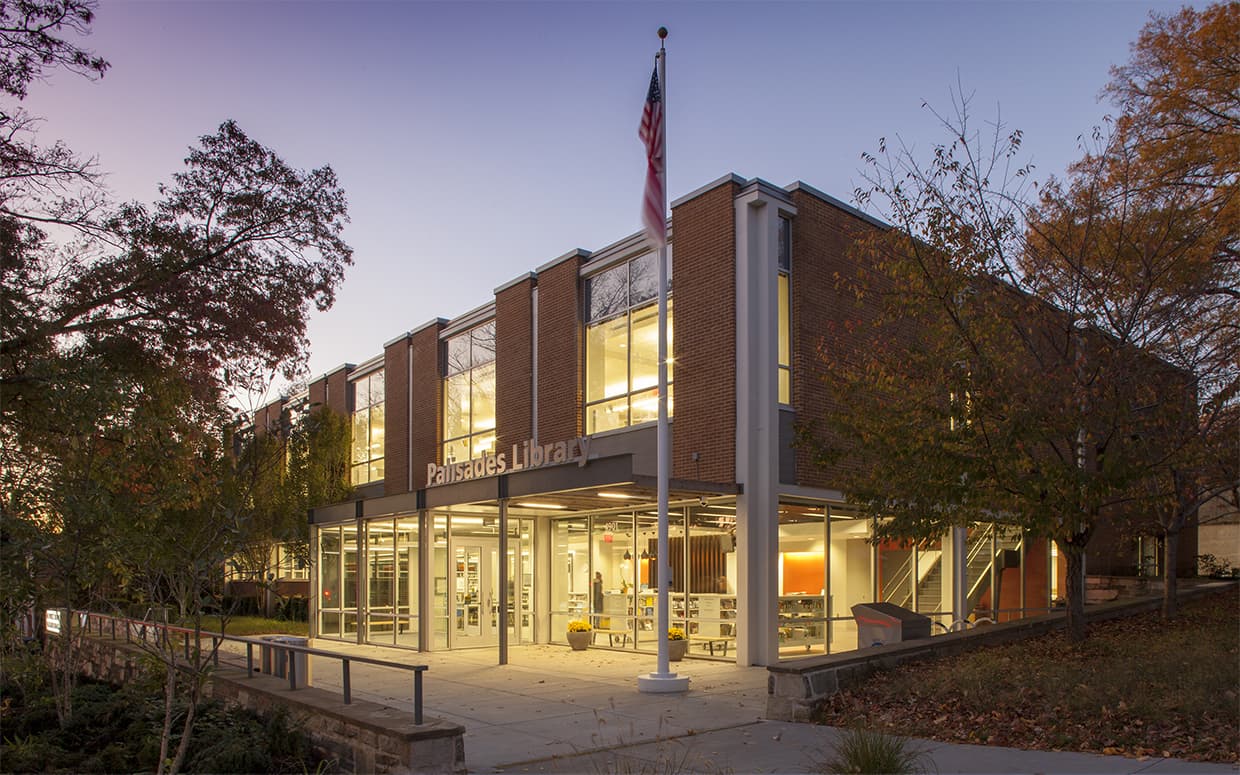 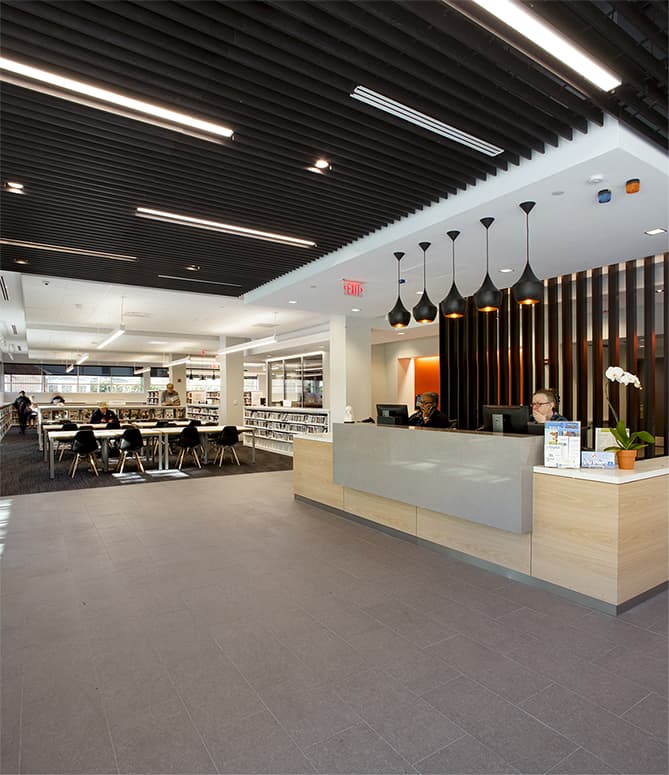 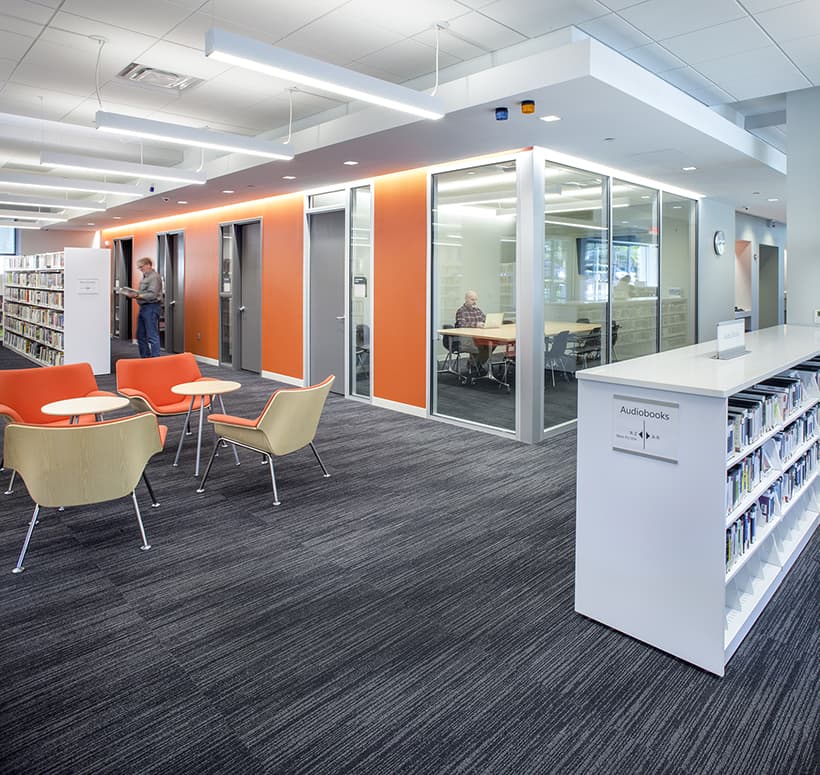 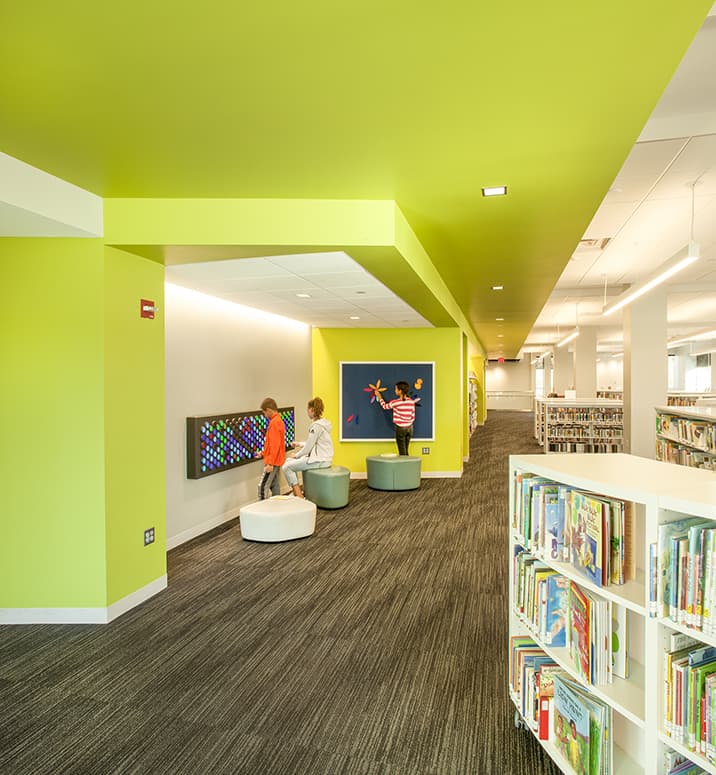 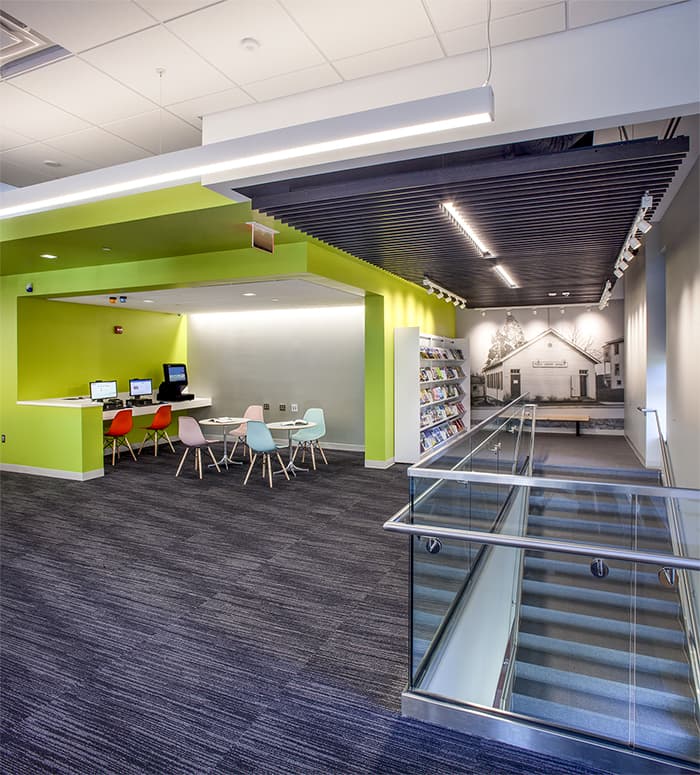 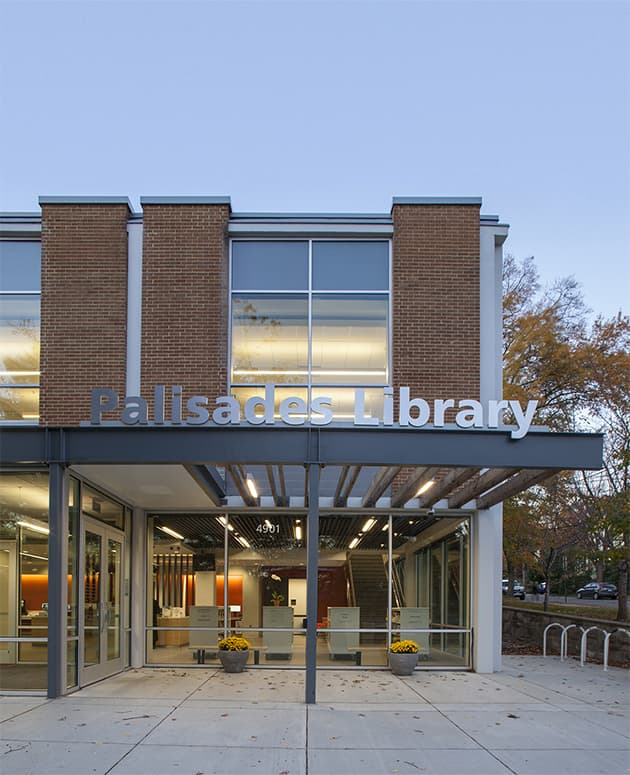 The Palisades Neighborhood Library houses approximately 12,000 volumes and is DC’s sixth-oldest library location, opening to the public on November 20, 1964. The current building is the second home of the library, which was started as a sub-branch in the Conduit Road School, a one-room schoolhouse in 1928. The existing building had not undergone substantial renovations and improvements since its original construction.

Though the neighborhood library had ‘good bones’, the building needed significant work to be brought up to modern library program standards and a more functional resource for the community. Many of the building systems, including mechanical, electrical, lighting, and plumbing, were original and required complete replacement. The facility also required significant improvements to meet the Americans with Disabilities Act. The building envelope including the walls and roof did not incorporate insulation, which was added. New roofing was installed and designed to support a green roof system required to meet stringent DC stormwater management and sustainable sites mandates.

The original vestibule and circulation desk volume was replaced with an expanded entrance, aligning with the established rhythm of the existing building bays and structure. The design utilized exposed structural steel framing elements and a continuous aluminum storefront and entry system. The glass volume at the entry and lower level allows for greater connectivity between the building interior and the exterior environment while making the building's spatial layout more understandable to the community.

Windows at the second-floor children’s reading area were substantially lowered to bring daylight into the building and allow for enhanced exterior views. Bay window reading nooks were designed for each opening where kids have been known to curl up with a good book or take a nap. Bright colors and murals also enliven the children’s reading area.

The library system initially believed this renovation would be a temporary fix with the assumption they would need to expand in the future. In an exciting turn of events, the project was such a success that DC Public librarians unanimously decided there is no need to envision a new library. The Palisades Neighborhood Library is not going anywhere anytime soon.