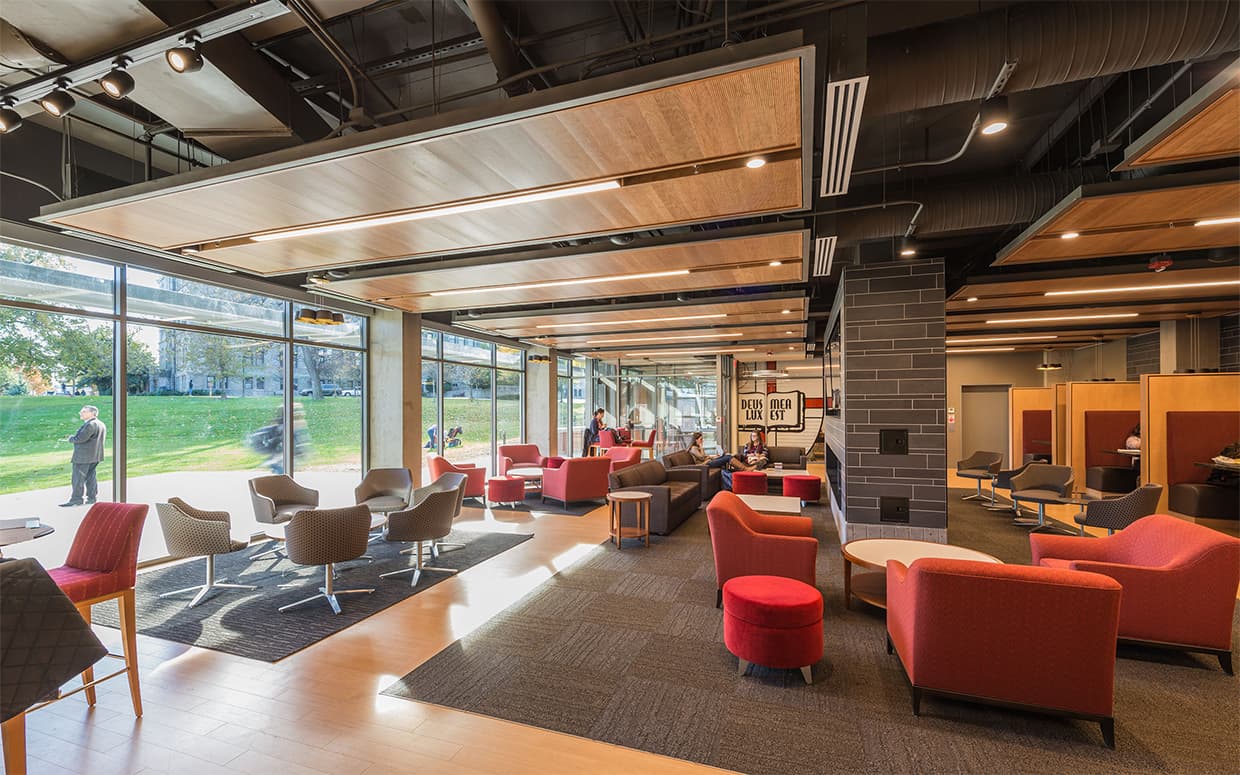 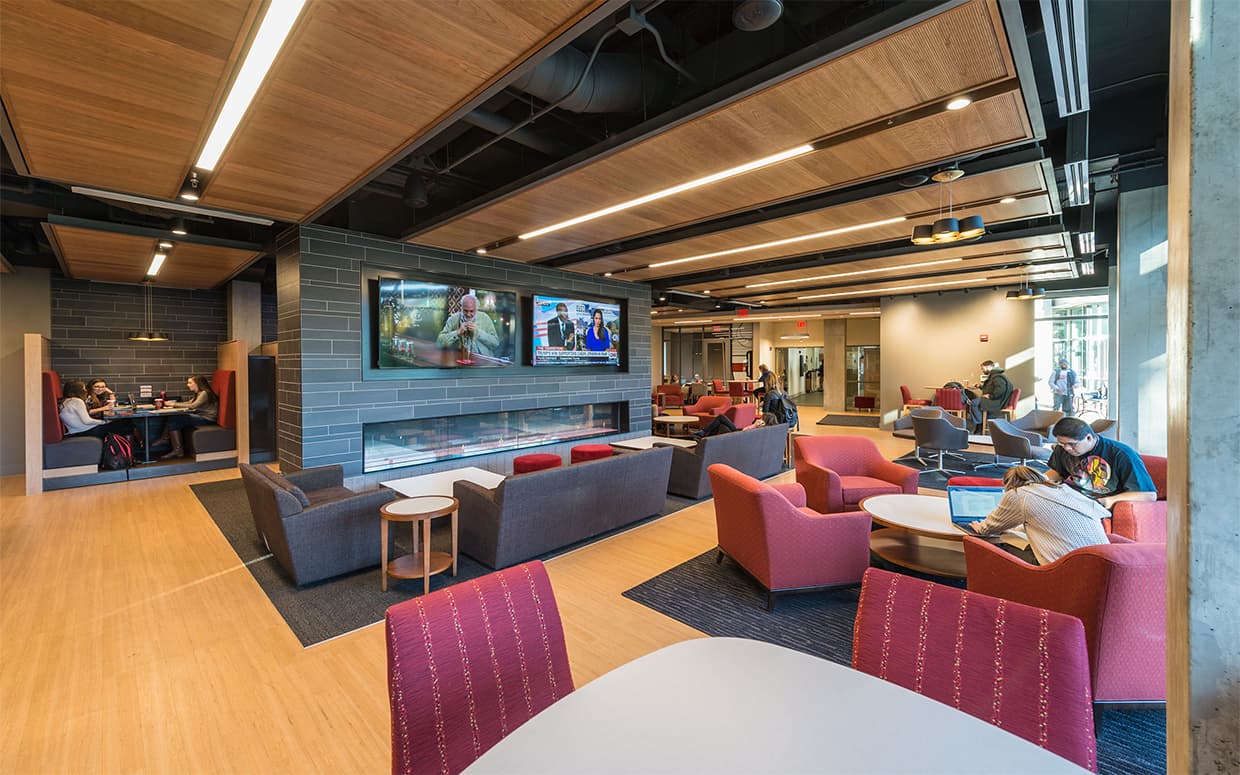 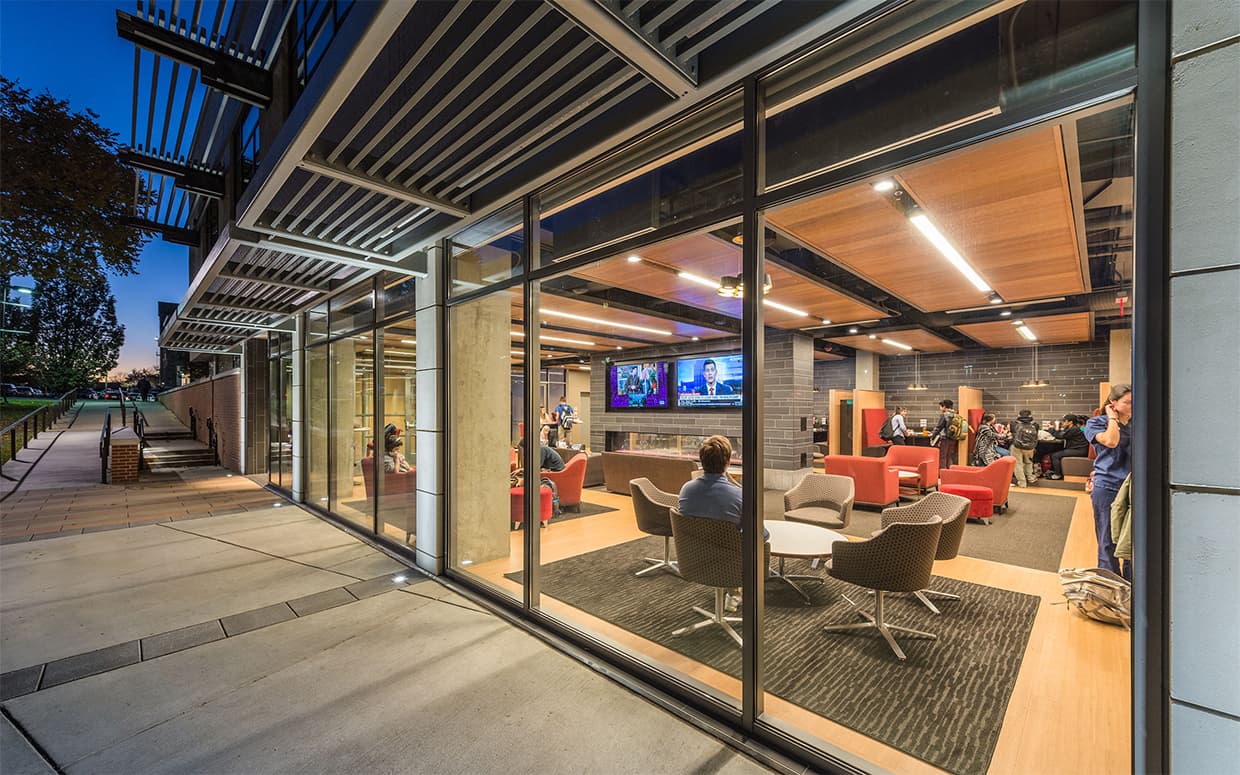 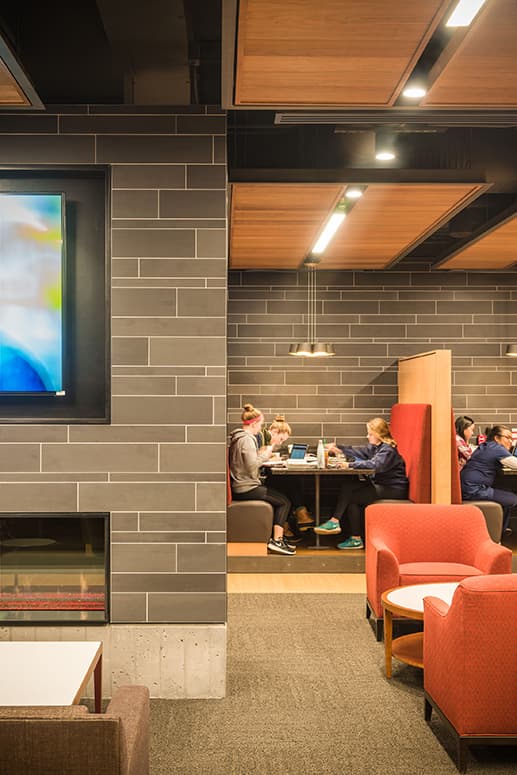 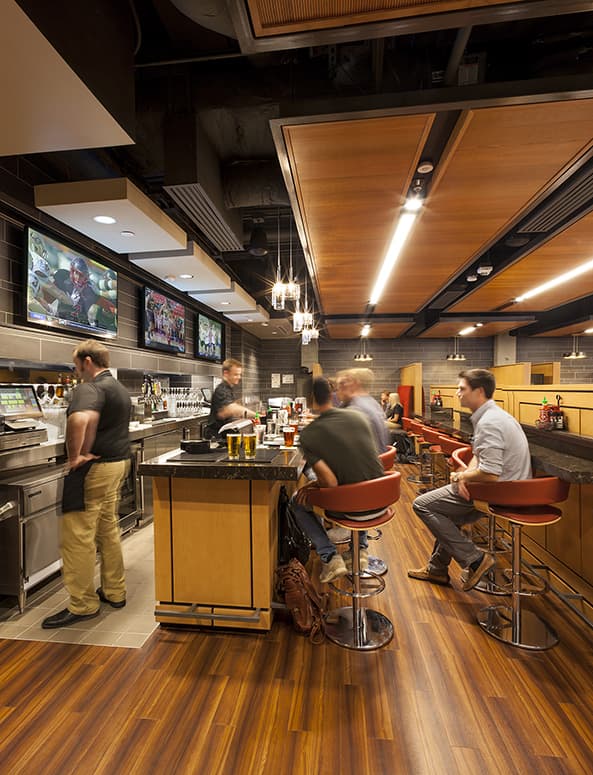 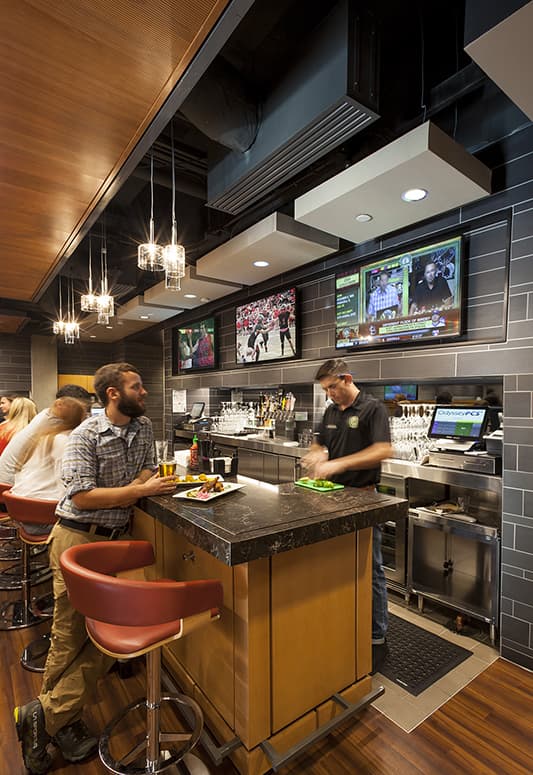 The Catholic University of America’s on-campus bookstore was relocated, creating a two-story space to house a new student center. At the same time, a former CUA student had remembered a beloved pub on the campus and proposed that it should make a comeback. After consideration, CUA administrators agreed and moved to bring a restaurant and drinking establishment into the lower level with the Student Center above, fronting a pedestrian walkway. Pubs have been a common part of campus life for many universities and colleges until the drinking age was moved to 21. Recently, the trend is changing. Based on considerable experience with spaces that foster community and enhance social gathering, CGS Architects was asked to develop appropriate designs for these new spaces.

Convivum is Latin for bringing people and food/beverage together, a feast. This concept led the programming and design for the Student Center and Murphy’s Grill. Located in the west wing of the Pryzbyla University Center building, the student space includes two small study and lounge rooms, booths along the northern wall, informal seating areas throughout, and a new dedicated entrance which leads directly outdoors to an existing plaza. On the main level, the brick wall that separated the old bookstore and the plaza was removed and replaced with glass, making the space transparent and more open to the public walkway. The main level lounge includes an informal lounge area with a central gas fireplace and televisions. A new entrance from the existing plaza was added for convenient access to the lower companion space, Murphy’s Grill. CGS Architects worked closely with Murphy’s Grill to create an open and engaging space for students to study, play, and eat. A variety of informal seating clusters complement the loose tables and banquette seating, keeping the space flexible for various events. Drink rails round out guest accommodations along with a natural gas fireplace, televisions, and an integrated AV/It and lighting system for performances. Throughout Murphy’s, furnishing and upholstery provide a pop of color against the palette of understated neutral finishes and clean, contemporary detailing. These design motifs are repeated throughout the upper and lower levels to make the two spaces feel like one. The Student Center and Murphy’s Pub are little known gems of the CUA campus, open to anyone wanting a space for fellowship and learning over good food and drink.