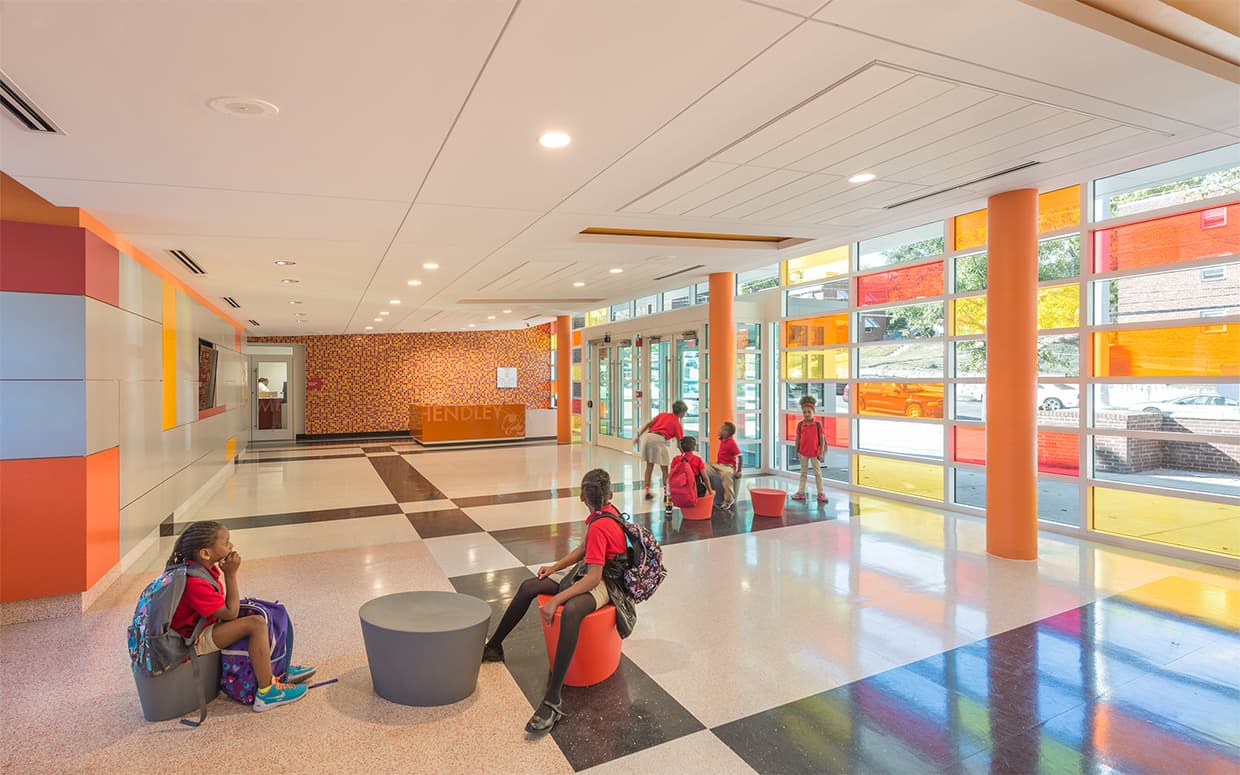 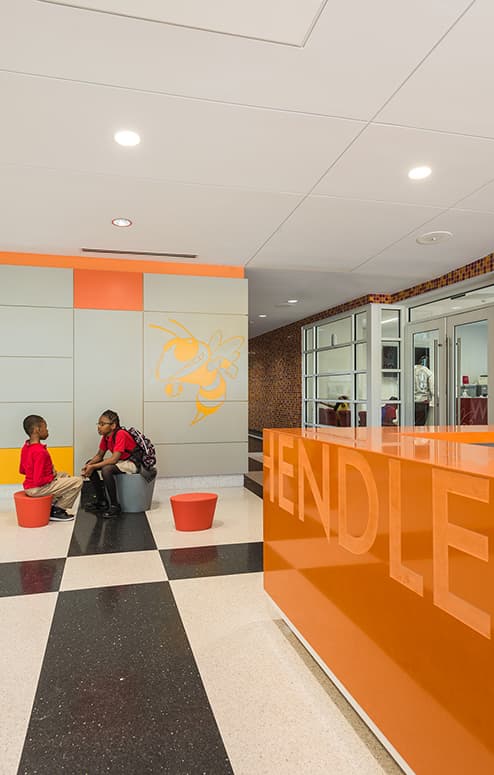 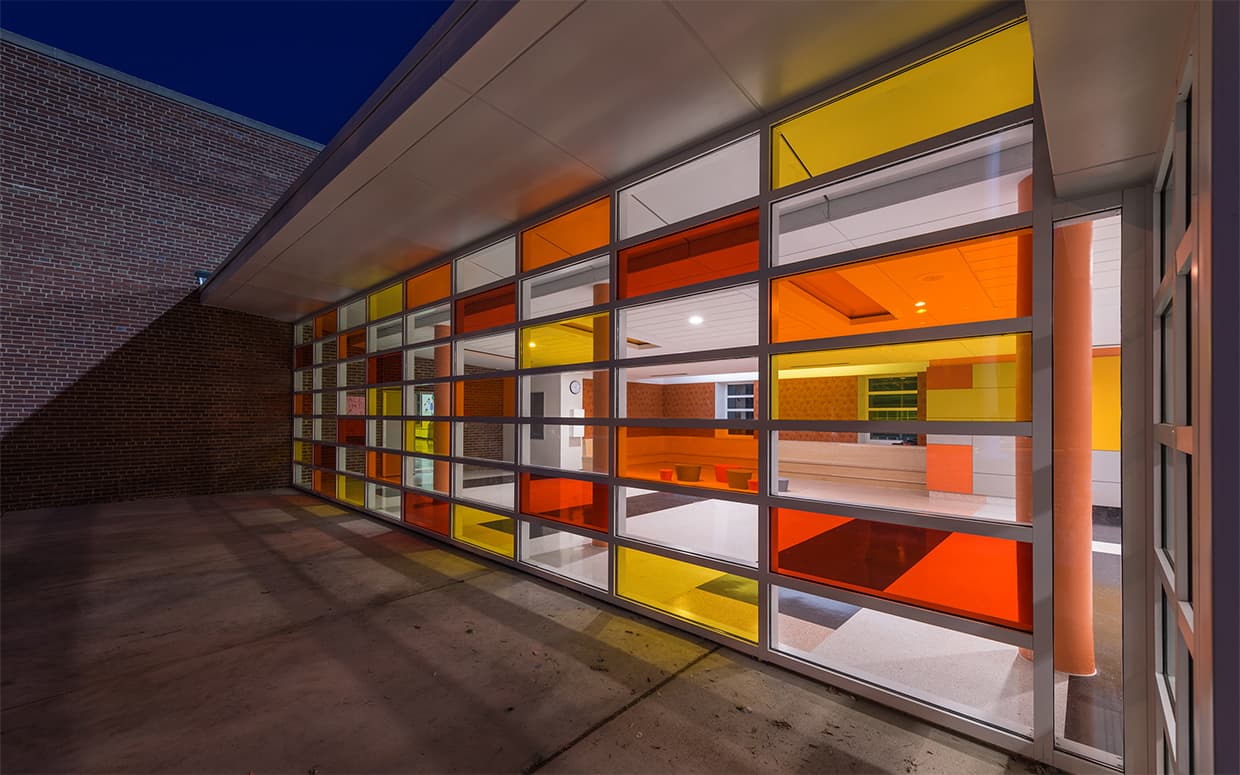 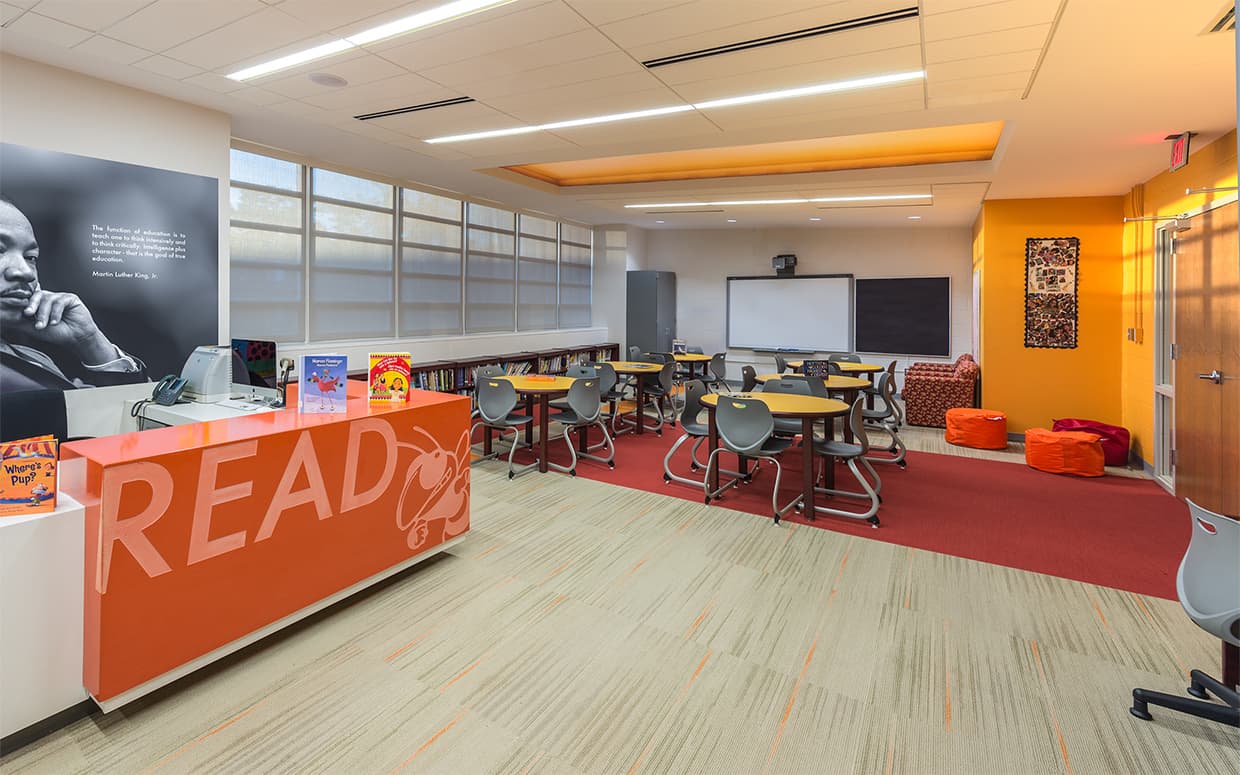 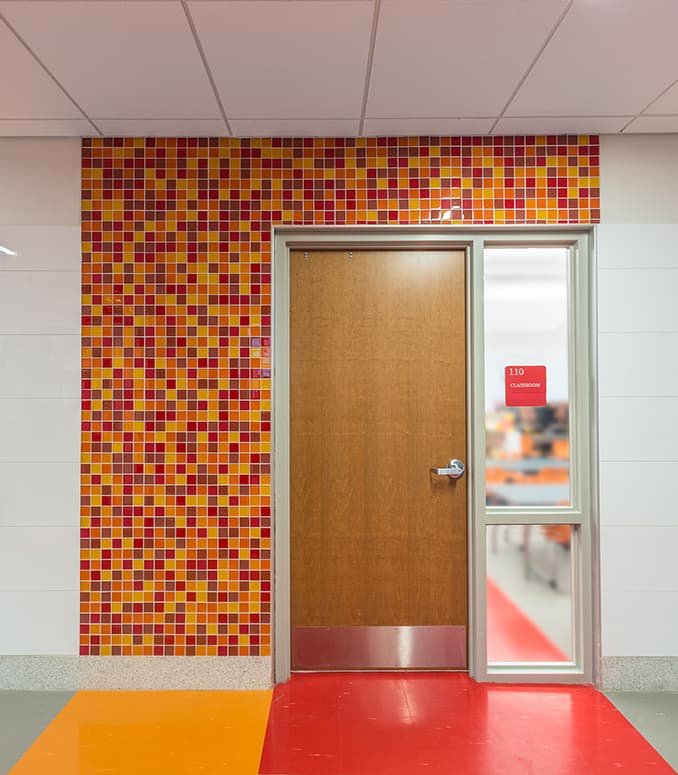 The ca. 1957 Flora Hendley Elementary School, located in the District of Columbia’s Ward 8, was sorely in need of facility modernization and upgrades to align their program with current DC Public Schools Educational Specifications criteria. To meet these needs, the project became part of an aggressive plan to modernize six DC elementary schools over a short summer recess.

A full renovation of the building’s entry, academic, administrative, and support spaces was needed. The existing structure was built with a concrete frame and had a four-story classroom wing with a one-story lobby and an adjacent two-story lunchroom / auditorium wing. In 1964, a two-story classroom wing, called the Annex, was built at the south side of the site and five years later a one-story kitchen addition was completed.

The entire demolition and renovation of the building occurred in only eight weeks of summer, an extremely aggressive schedule. As a result, everything needed to be designed, procured and ready to commence the hour school recessed for the summer. To this end, CGS Architects worked diligently with the Contractor to coordinate the successful execution plan.

The project focused on right-sizing academic spaces to align with current class size standards and needs. This also included replacing the entire HVAC system, creating new restrooms, all new finishes, and replacing deteriorating windows. The most significant, and most sorely needed change, was transformation of the school’s main entrance. Safety was of paramount importance to stakeholders at the school. Their original lobby was very closed-off, fortified and opaque, manifesting antiquated ideas of security. Through application of ‘Crime Prevention Through Design’ principals, the design solution created a safe space while maintaining a welcoming, transparent, open, and light-filled entrance expression of school pride and the joy of learning, playfulness and delight.