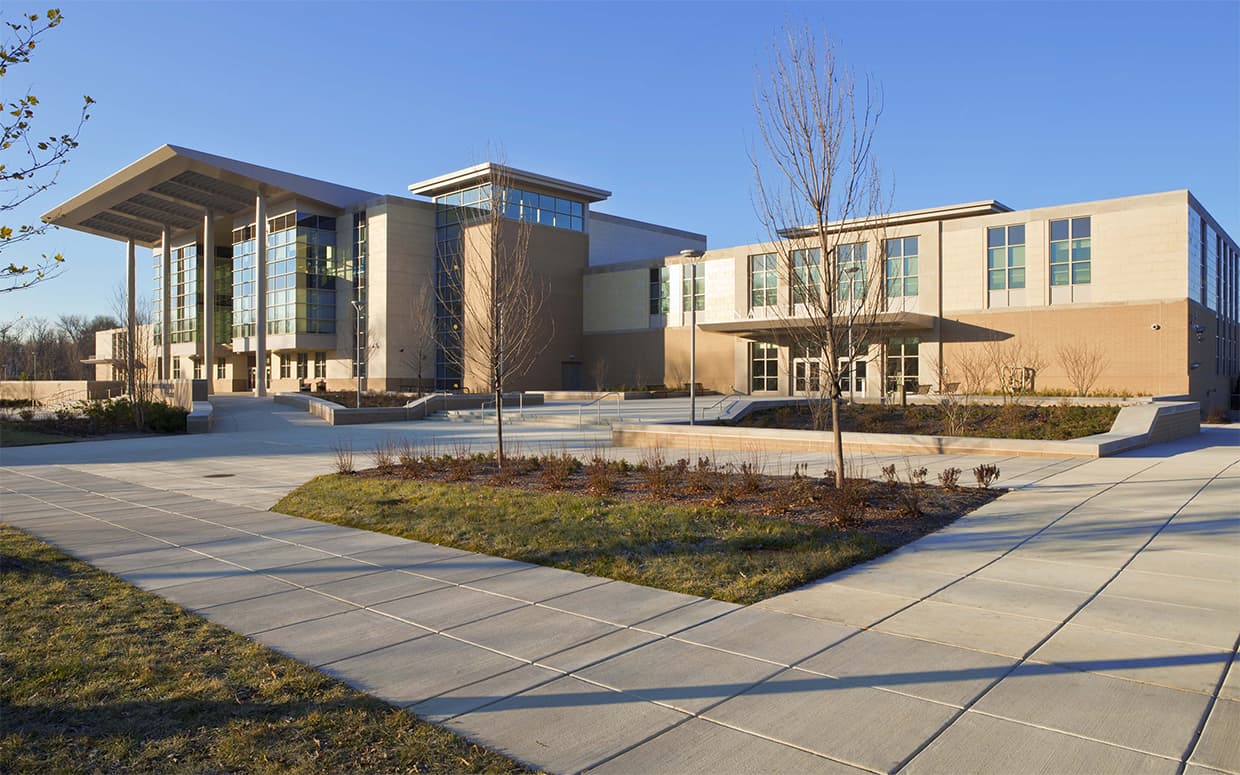 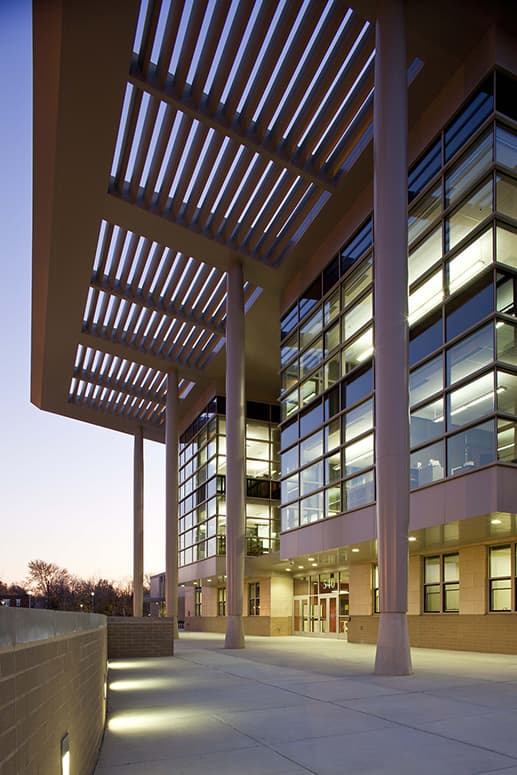 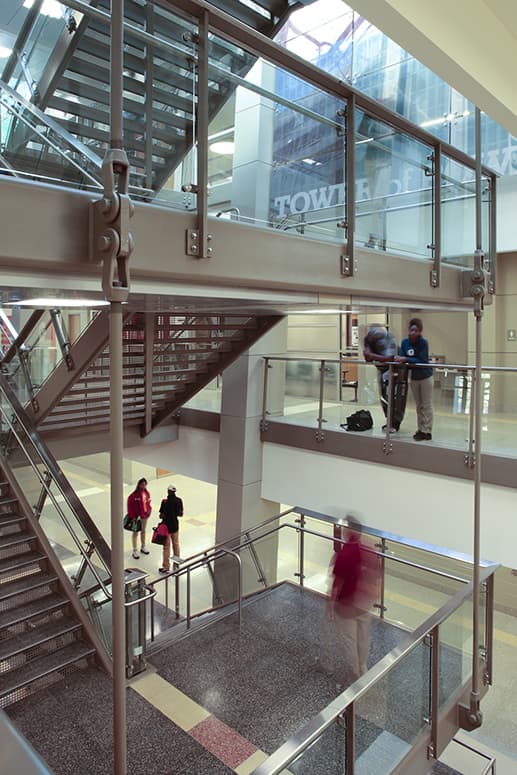 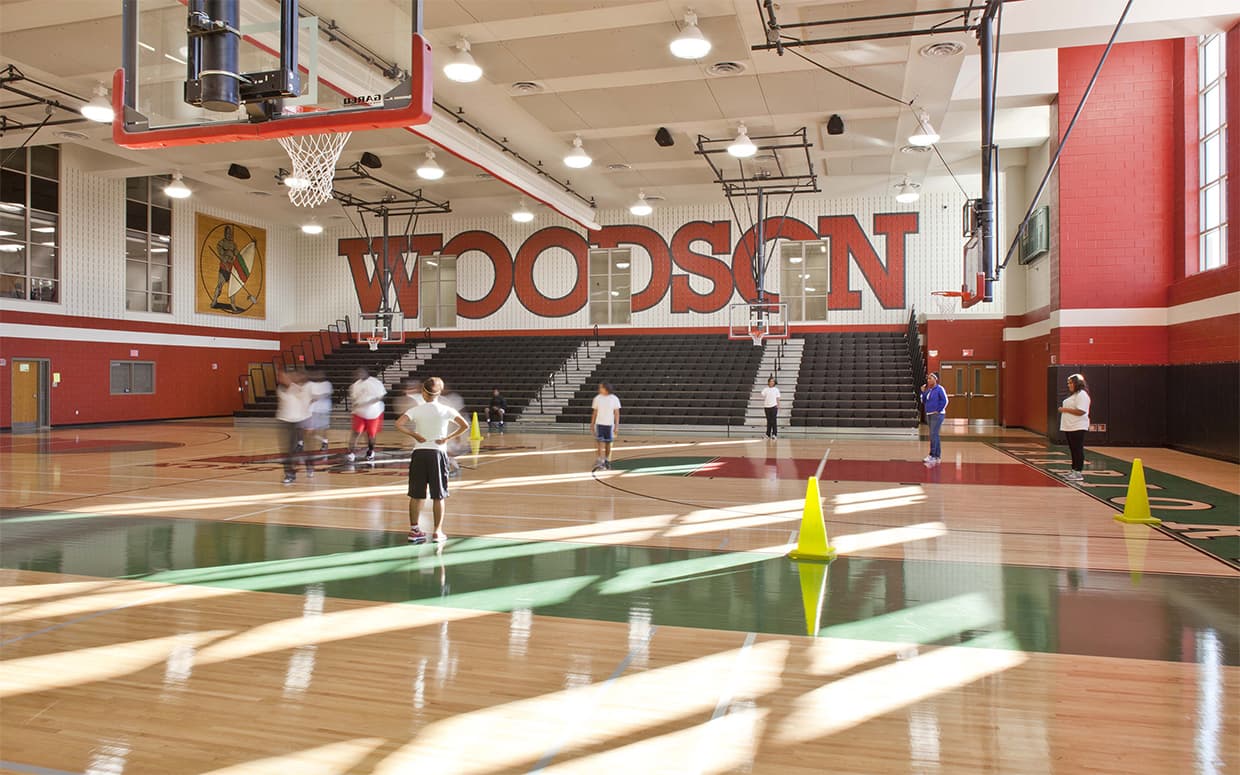 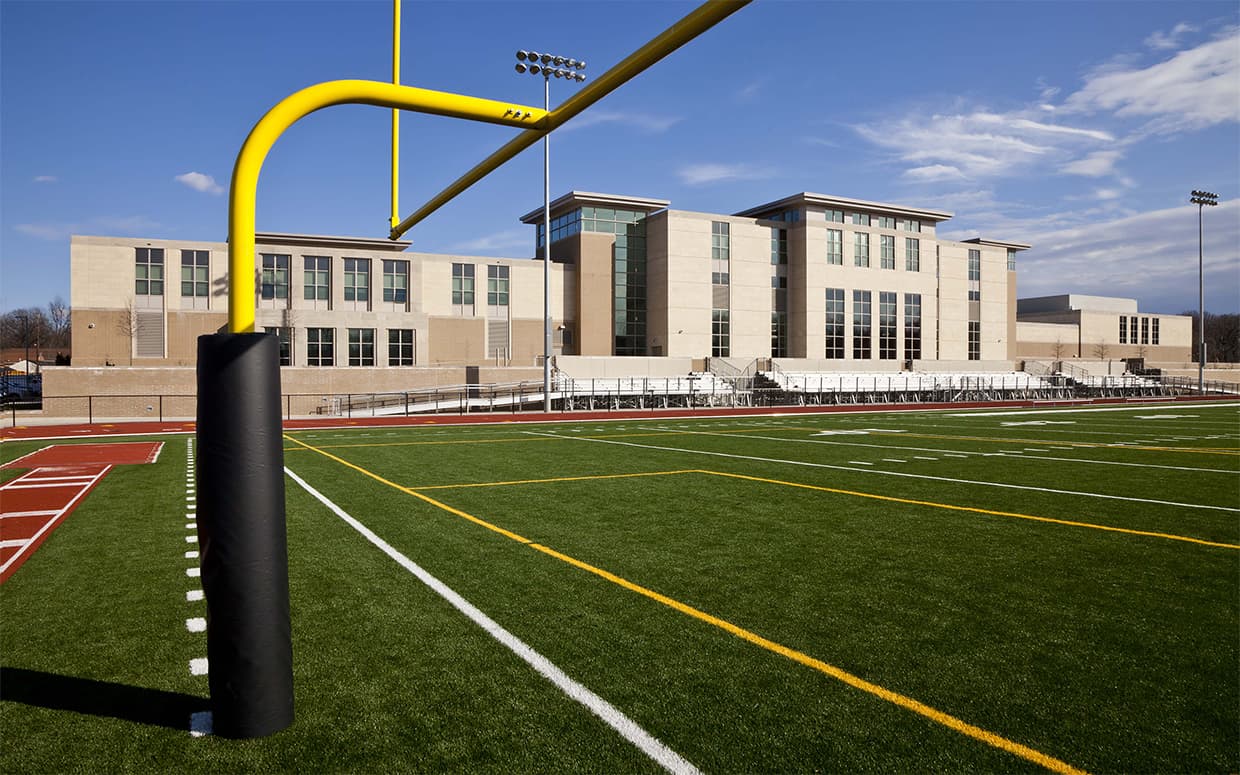 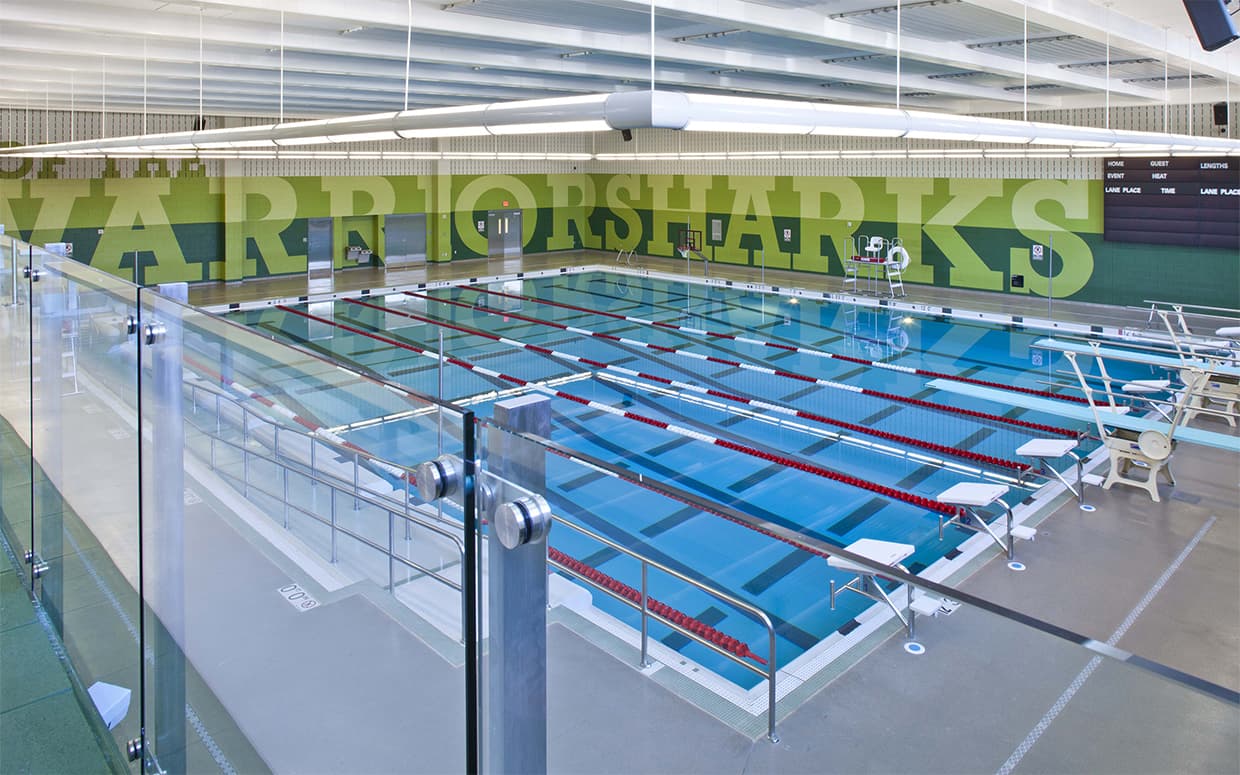 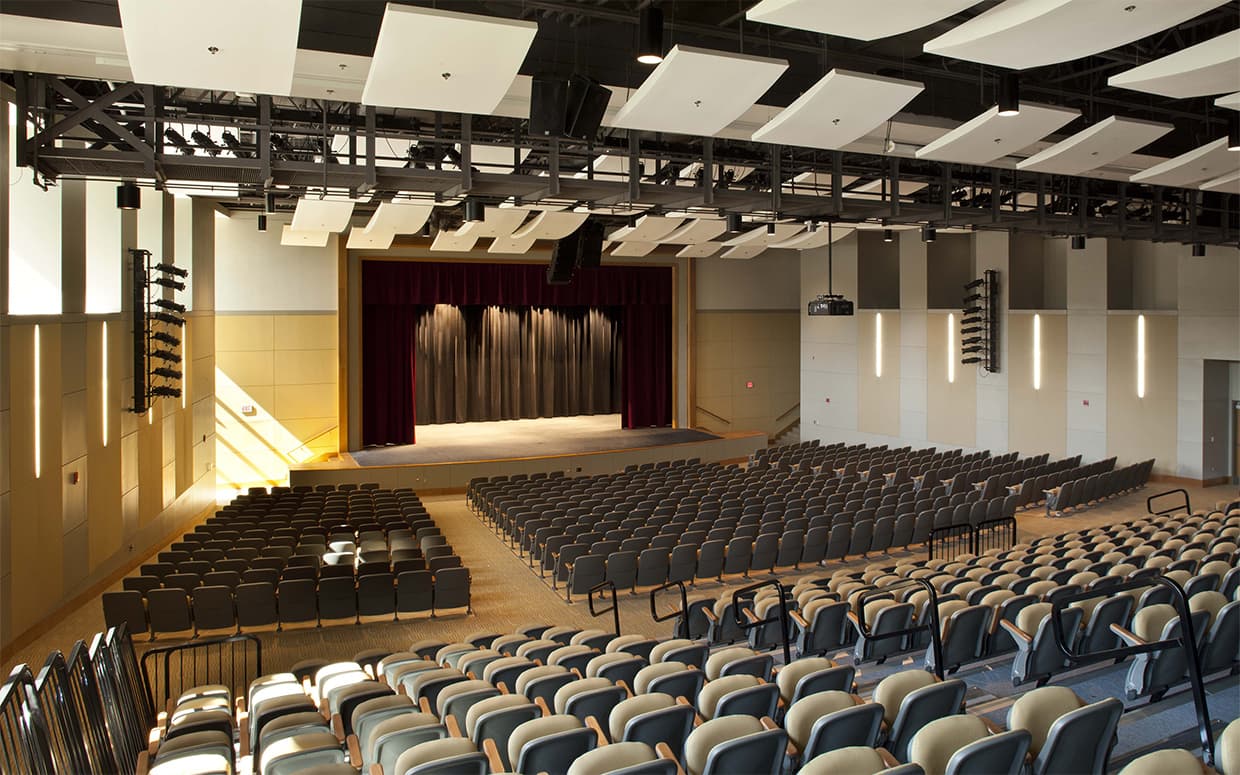 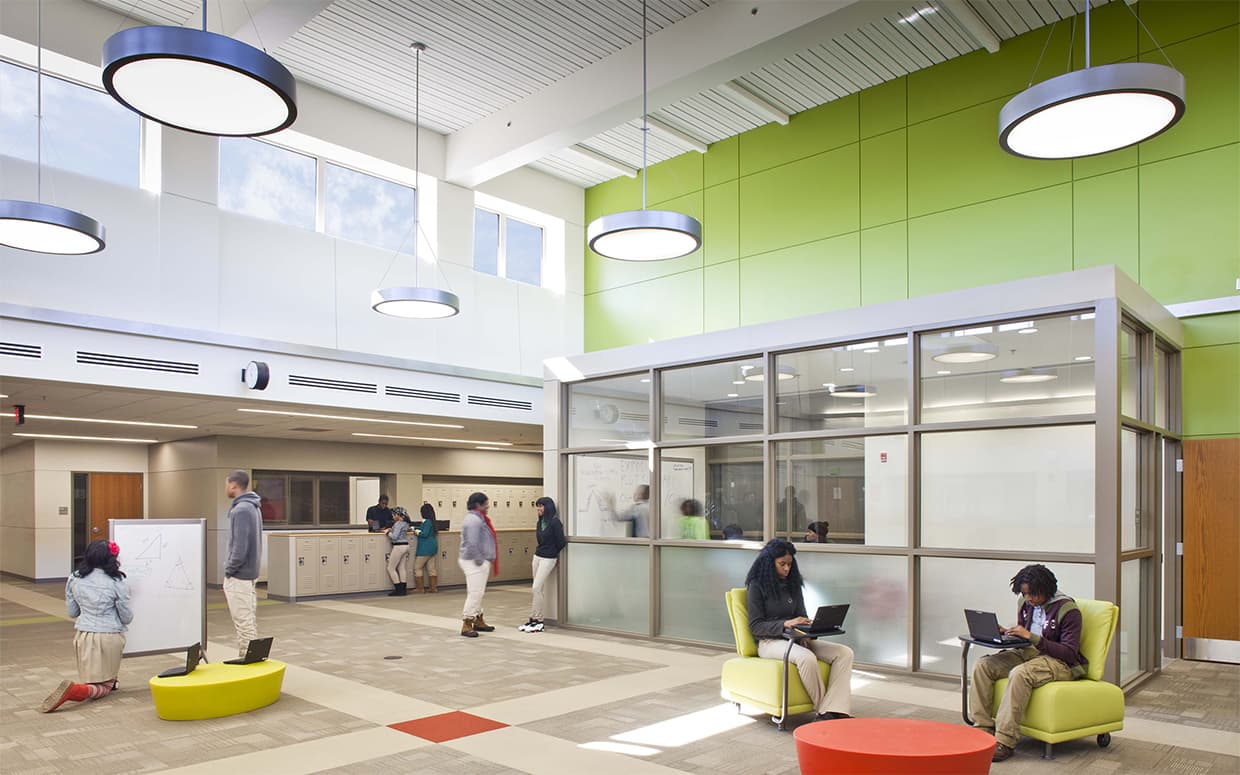 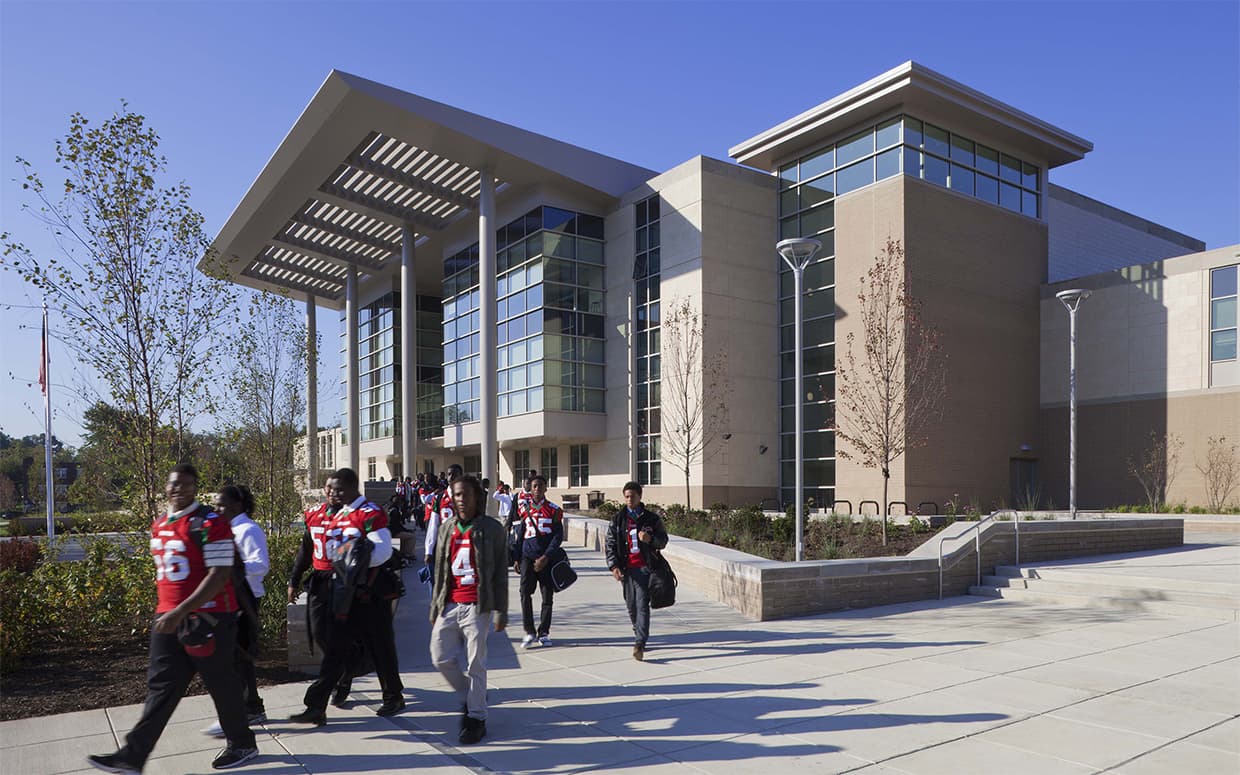 HD Woodson STEM High School is located in a predominately African American neighborhood rich in cultural history. Despite its proximity to the most powerful government in the world, the community has historically struggled with social and economic issues that afflict many underserved urban neighborhoods, including the highest rate of illiteracy among all the wards in the District of Columbia. The new HD Woodson STEM High School replaces an original seven-story educational tower that first opened on the site in 1972, affectionately referred to as the “Tower of Power.” The school served as a source of community pride for nearly 30 years but eventually, through lack of adequate funding and deferred maintenance, the tower that loomed over the neighborhood became an outsized symbol of the District of Columbia’s dysfunctional governance.

CGS architects led an initiative to replace the crumbling existing building with the first new ground-up high school STEM educational facility in the mid-Atlantic region. Designed around core principles of integrated learning, transparency and flexibility, the building redefines academic models for collaboration and project-based learning. In addition, the facility was designed to become a cultural center for neighborhood programs. Listening carefully to the broader community through an intensive engagement process, CGS defined a model for community amenities, including library spaces, recreation facilities and cultural arts venues that are separately accessed and operated beyond educational spaces and outside of the traditional academic day. The LEED Gold HD Woodson STEM High School has become a stimulus for improved learning outcomes and a fulcrum for the community. Previously lagging enrollment numbers soared in the school’s first years as disenfranchised families returned to this “learning machine”; a physical manifestation of the District of Columbia’s commitment to 21st century educational models and improved academic outcomes. Similarly, the community-centric design is a template for broadening the role of neighborhood schools by providing access to cultural and recreational facilities previously lacking, fostering connections and great neighborhood pride.