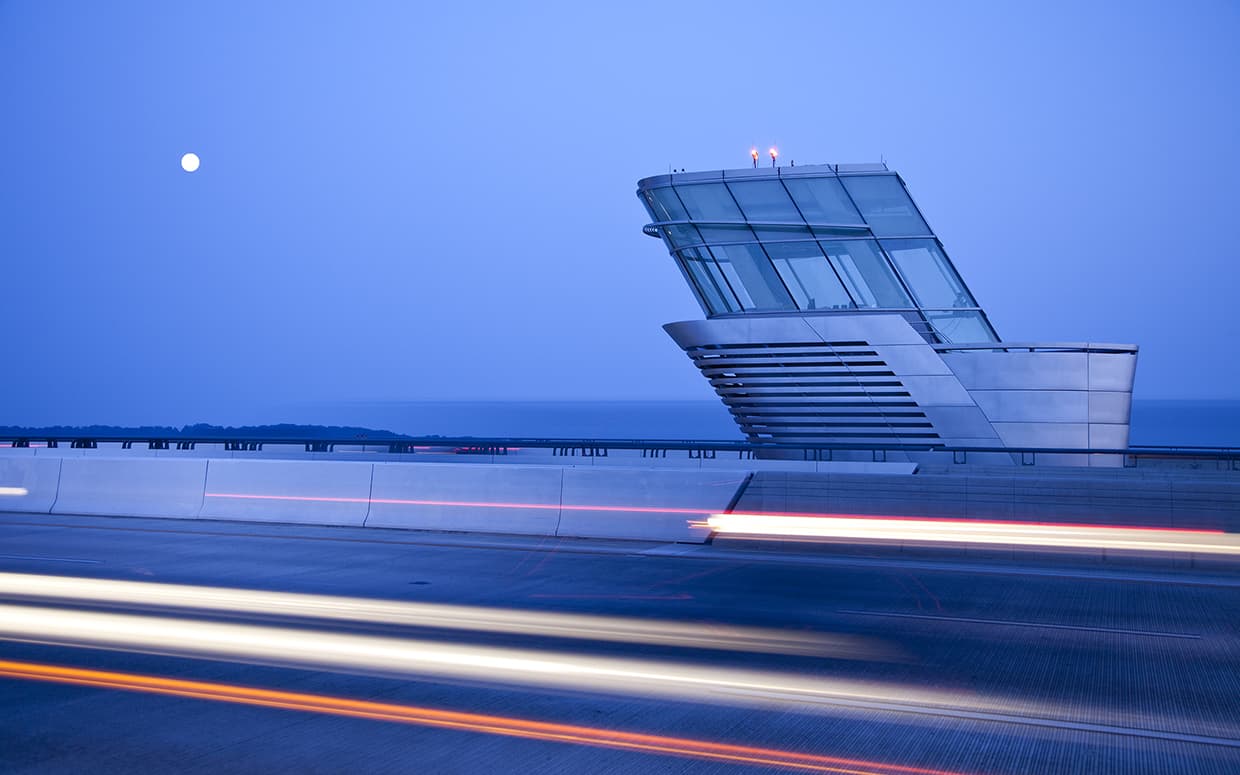 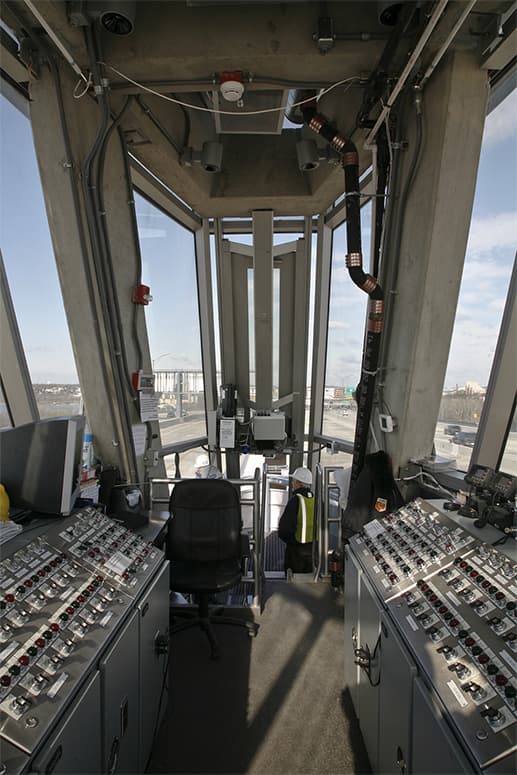 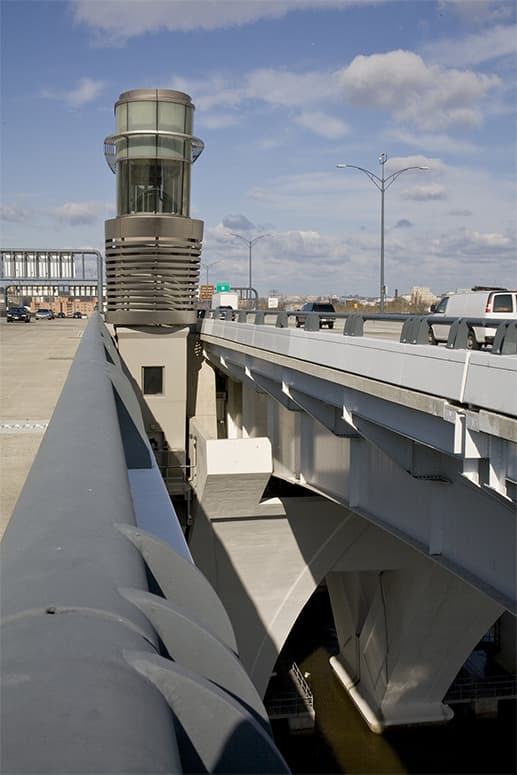 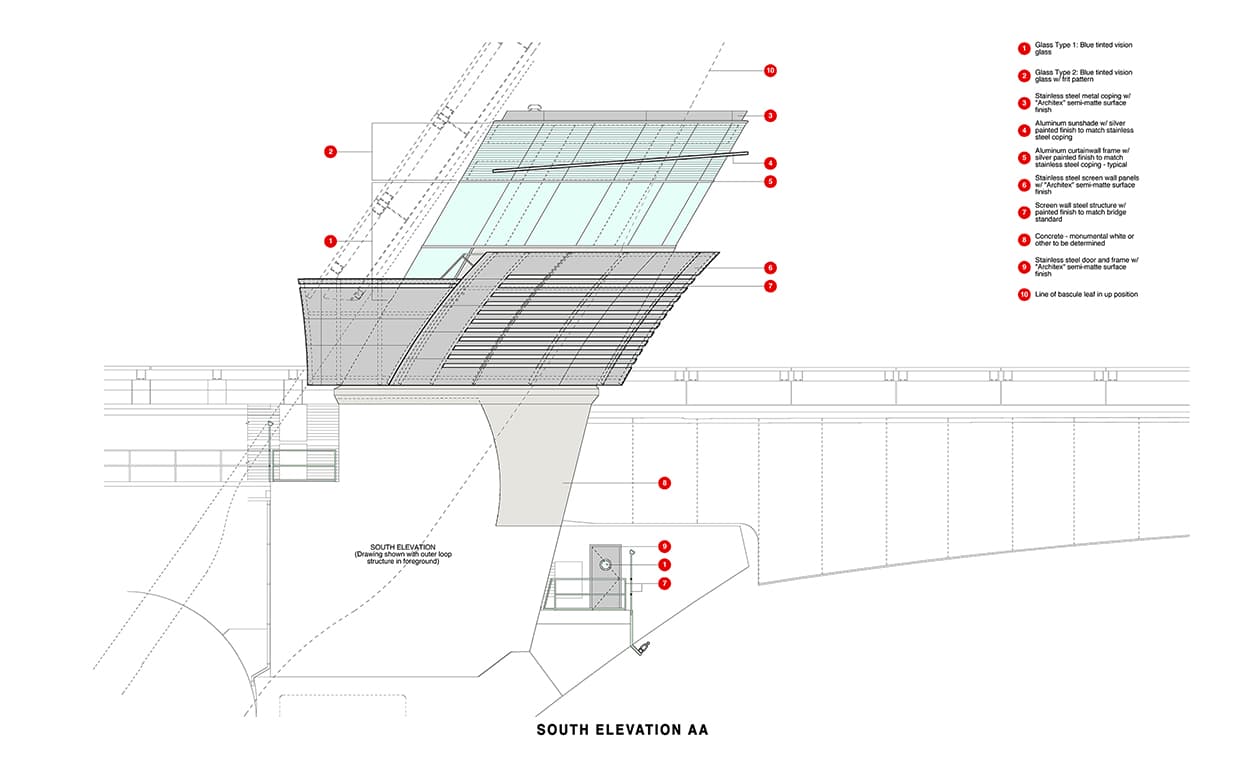 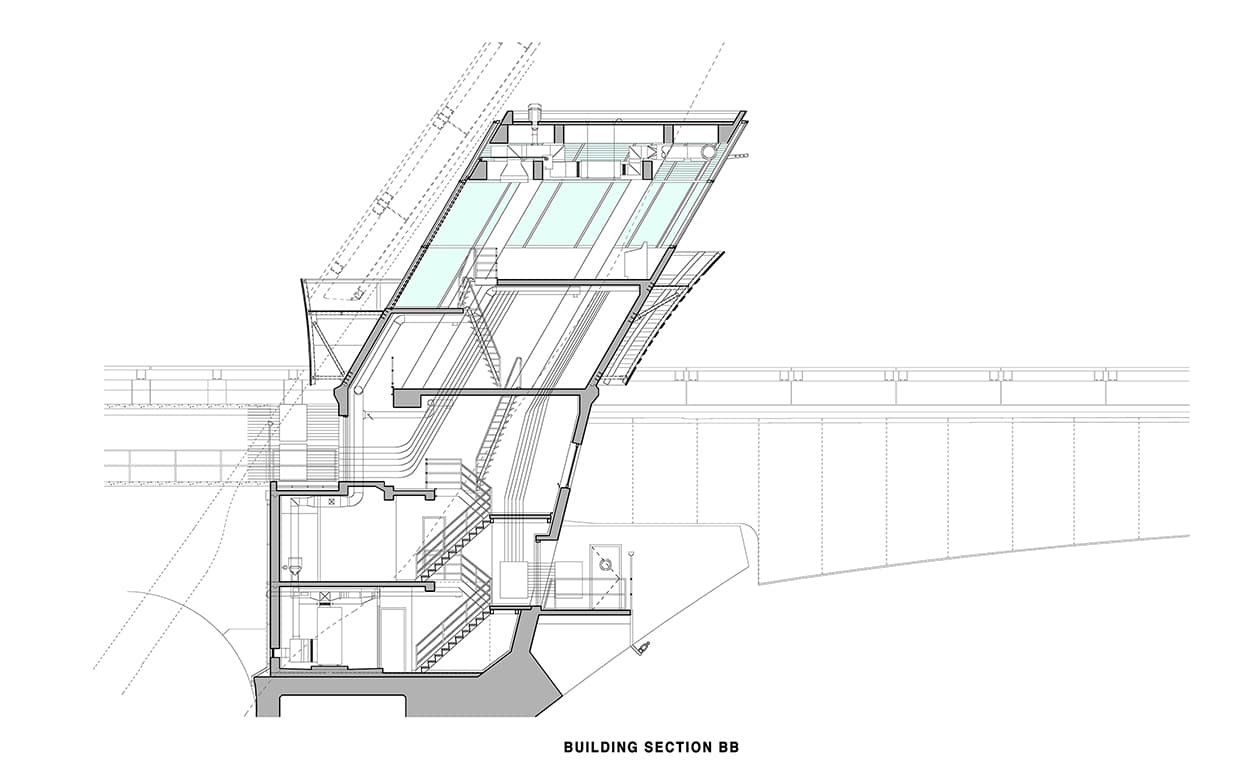 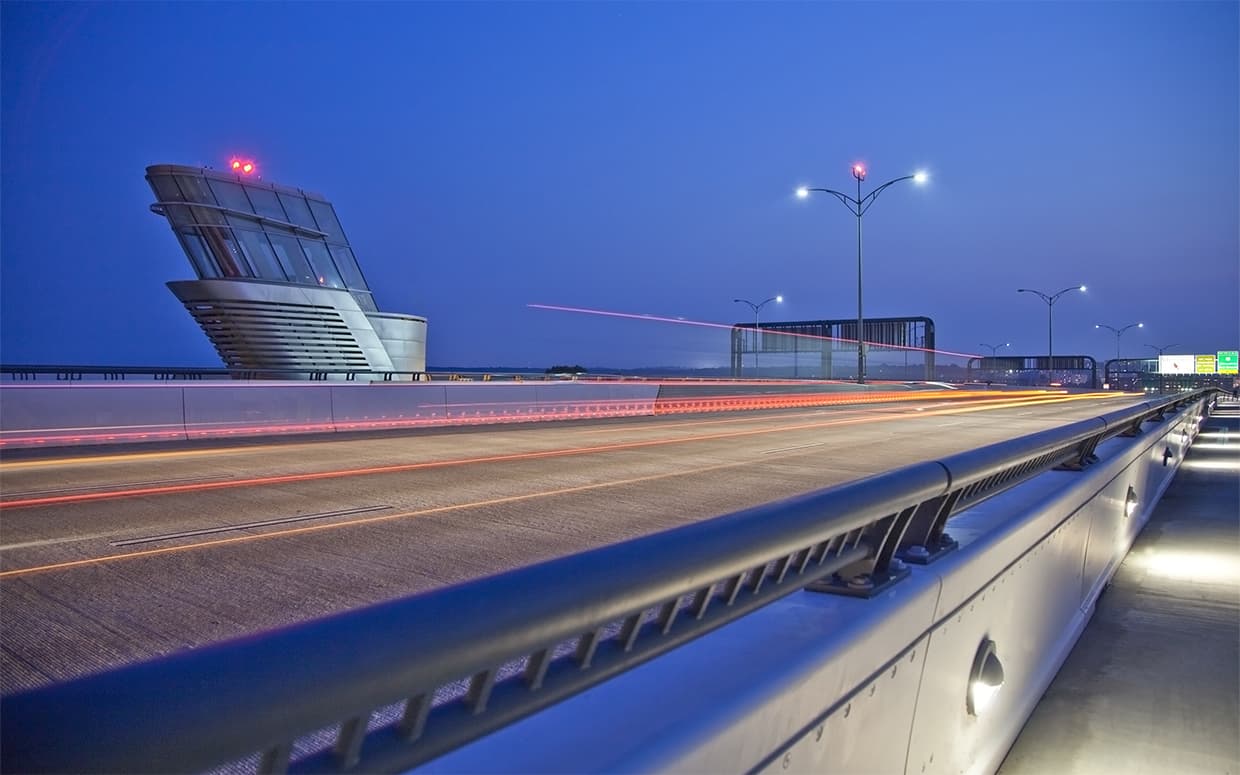 Originally opened in December of 1961, the Woodrow Wilson Memorial Bridge is a bascule bridge that spans the Potomac River between the city of Alexandria, Virginia and Prince George's County, Maryland. The original bridge was one of only a handful of drawbridges in the U.S. Interstate Highway System and was designed to carry up to 75,000 vehicles a day. This design volume was elapsed in just eight years and ultimately almost 200,000 vehicles crossed the bridge on a daily basis, creating one of the worst bottlenecks in the eastern US. Planning for a new $2.4 billion replacement began in the 1980’s and the project was fully completed in 2015. In conjunction the new bridge span, the Woodrow Wilson Memorial Bridge needed an Operator’s Control House to house engineers who oversee and manage all communications and operations related to the function of the drawbridge and its approaches. The structure needed to be narrow to fit between the Inner and Outer loop of the 495-Beltway around Washington, DC. and the material needed to handle not only the heavy car traffic but be able to live in a marine environment. CGS Architects was commissioned by the transportation engineers to design an inspiring and innovative solution.

The Operator’s Control House acts as a gateway marker for the approach to the Woodrow Wilson Memorial Bridge. The slender, 6-story structure grows out of a concrete support shaft extending from one of the monumental V-pier supports. The requirements of the support structure and the shape of the repetitive bridge piers precisely determine the geometry of the tower. CGS Architects utilized ship and automotive archetypes to develop the wind shaped, streamlined form. The front served as the prow of a ship; the round piece mimicked a tugboat’s wheelhouse. The observation level is completely enclosed in flush, radiused glass to permit a full 360-degree visual sweep of the highway approaches. The tower is inclined outward toward the navigation channel to give unobstructed views of the river when the drawbridge spans are lifted. A steel armature cantilevered from the concrete shaft supports a series of freestanding, panelized stainless-steel screen walls containing access catwalks.