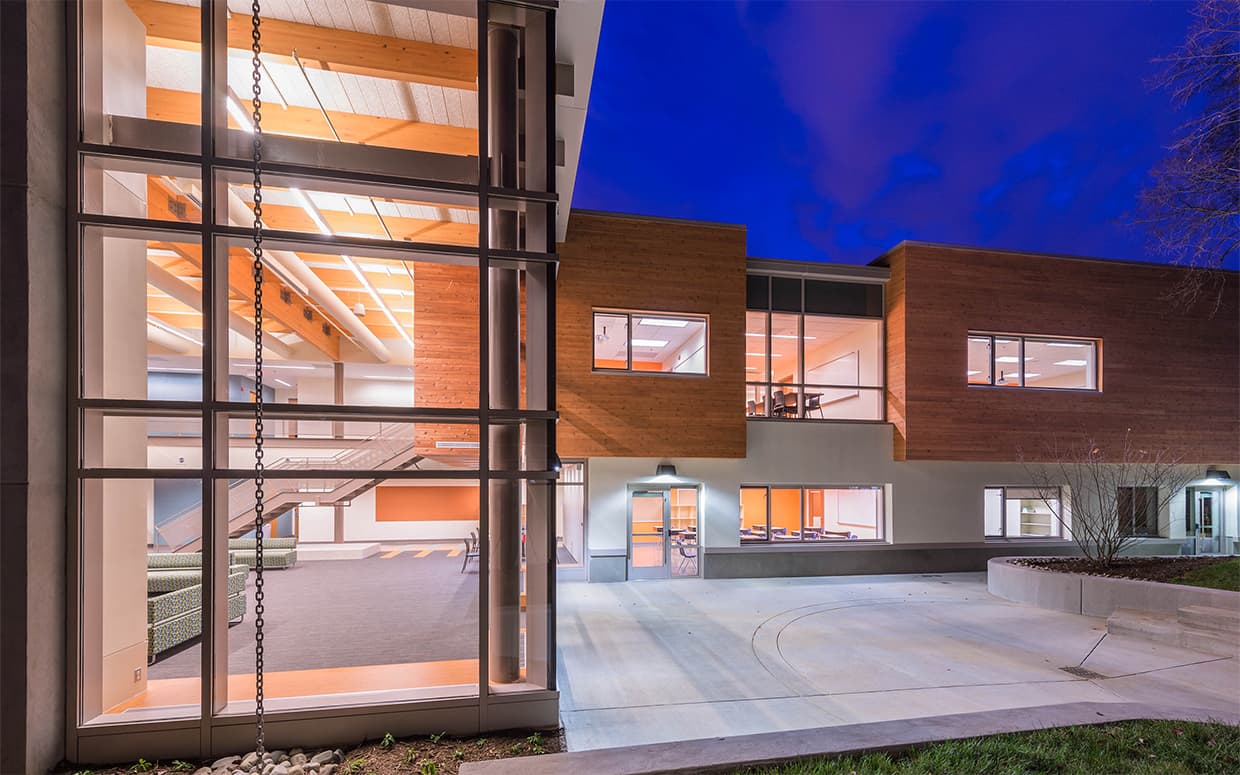 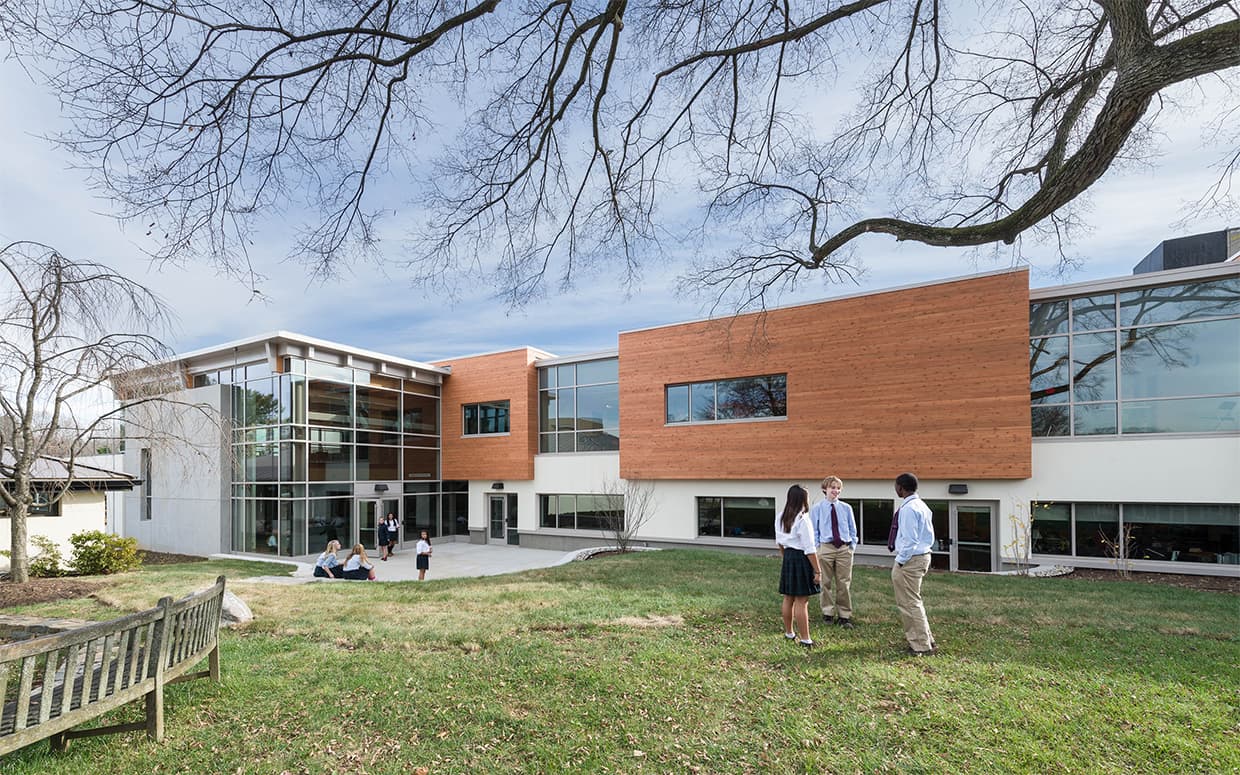 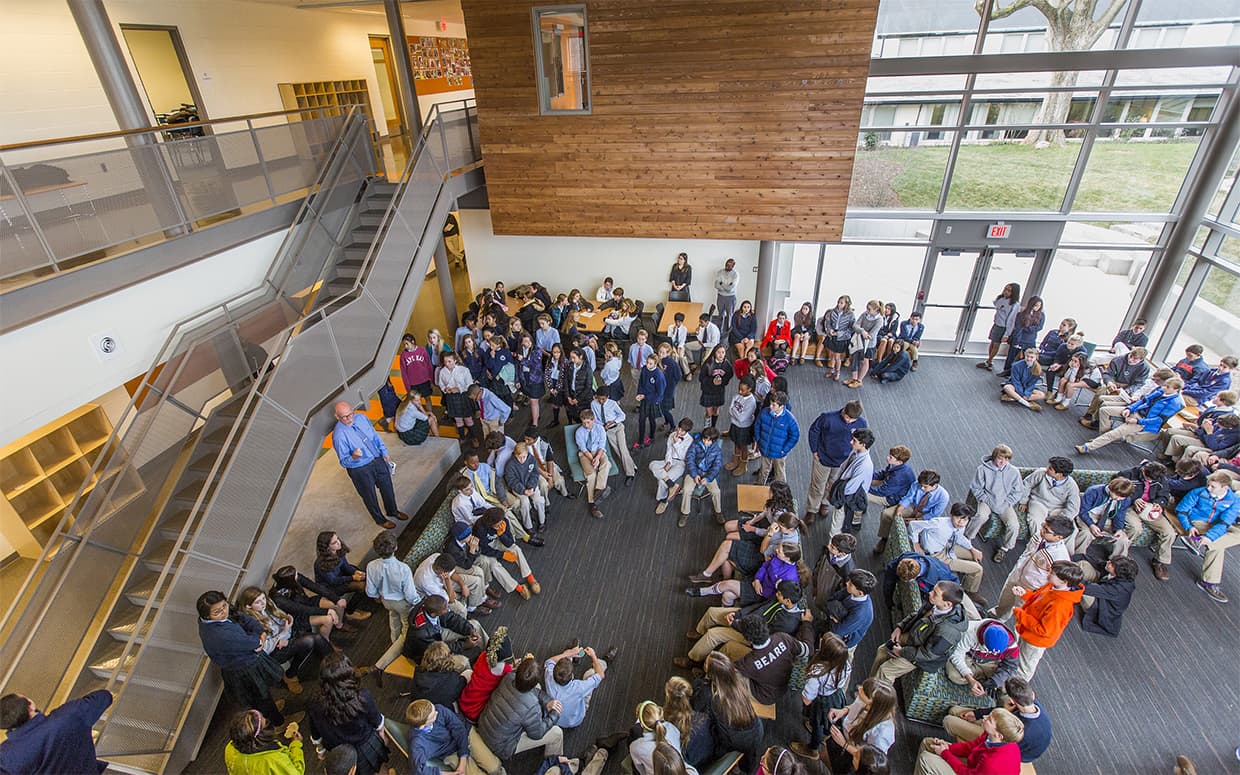 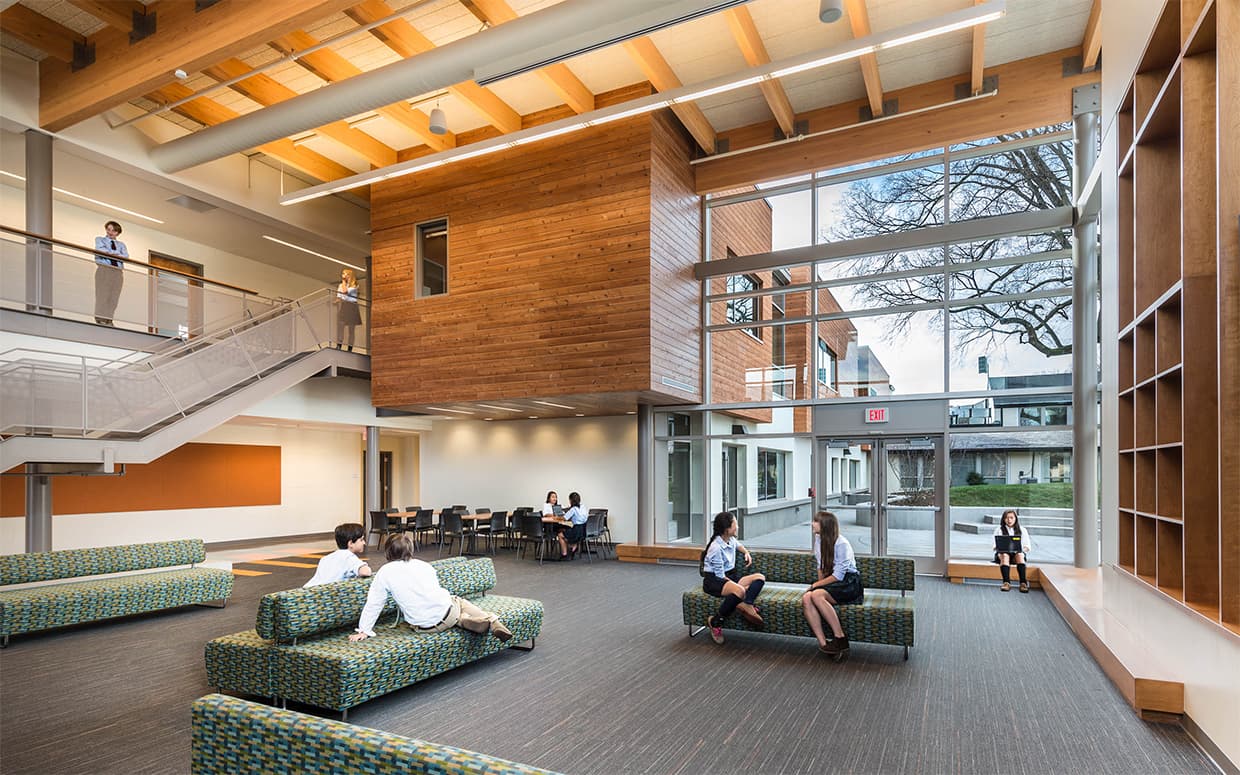 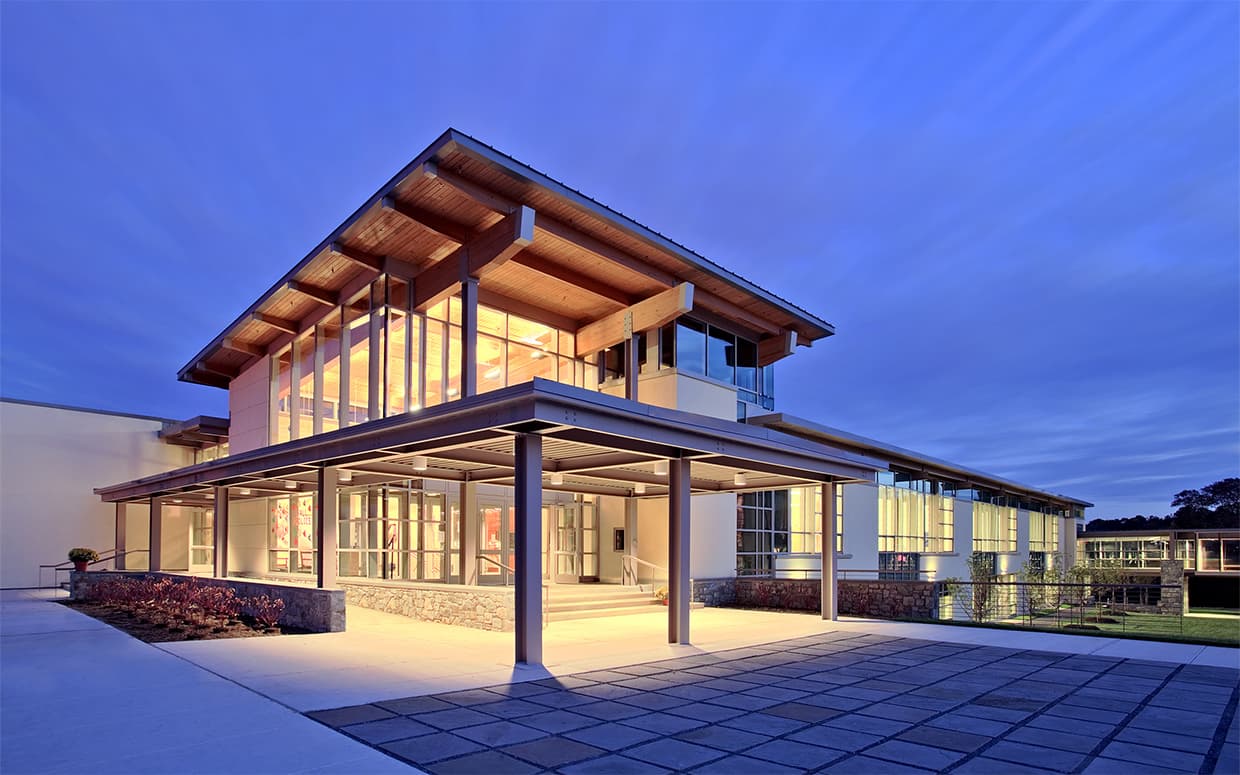 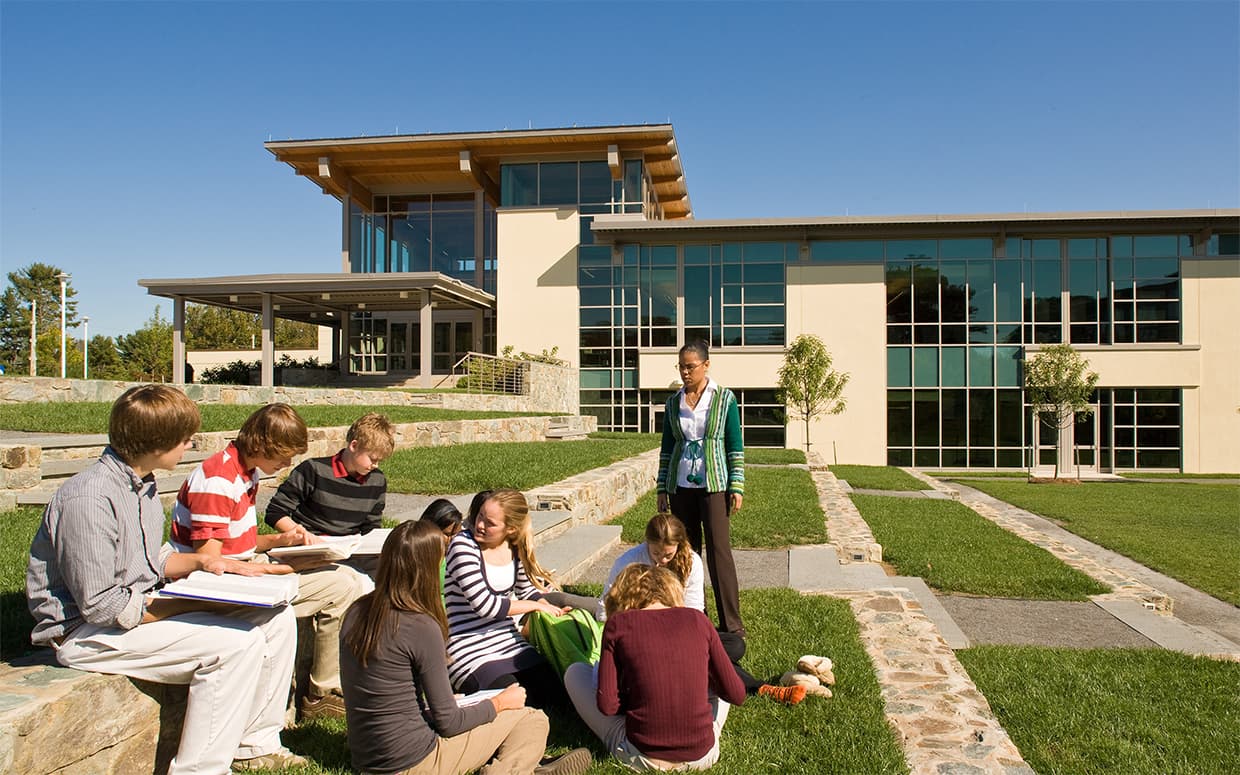 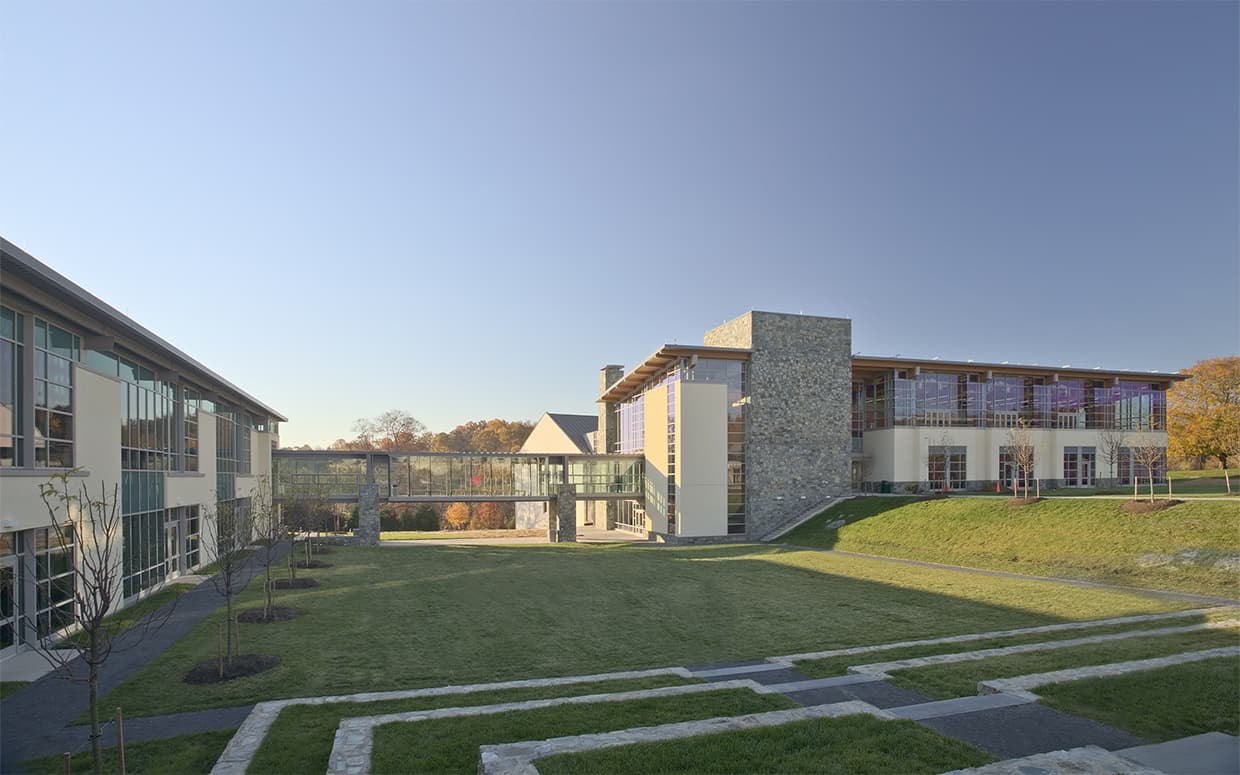 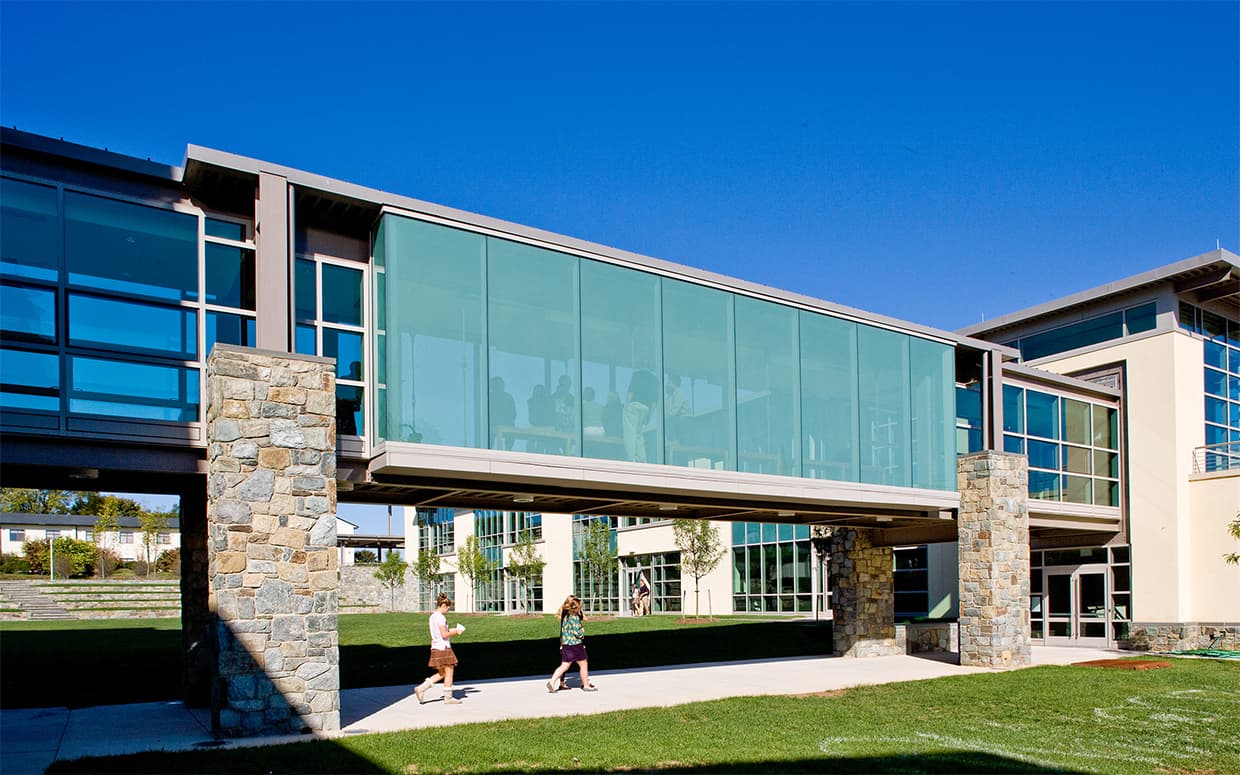 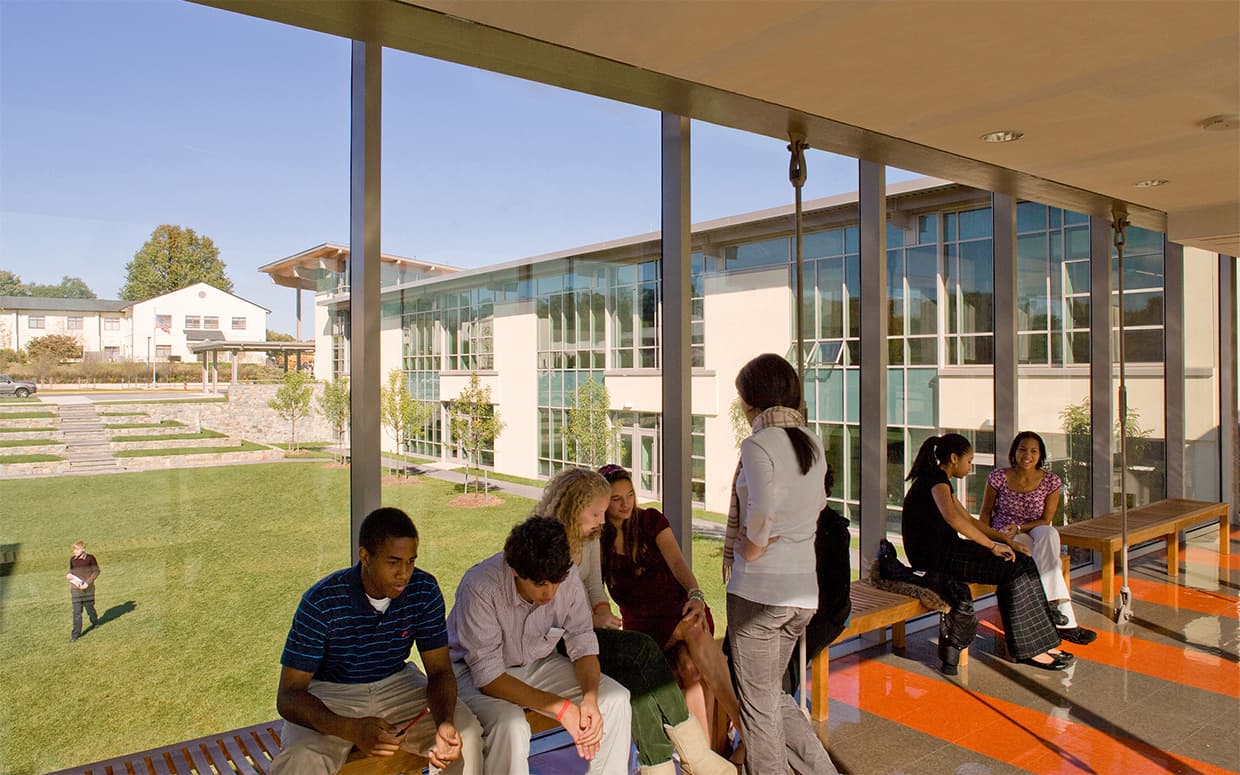 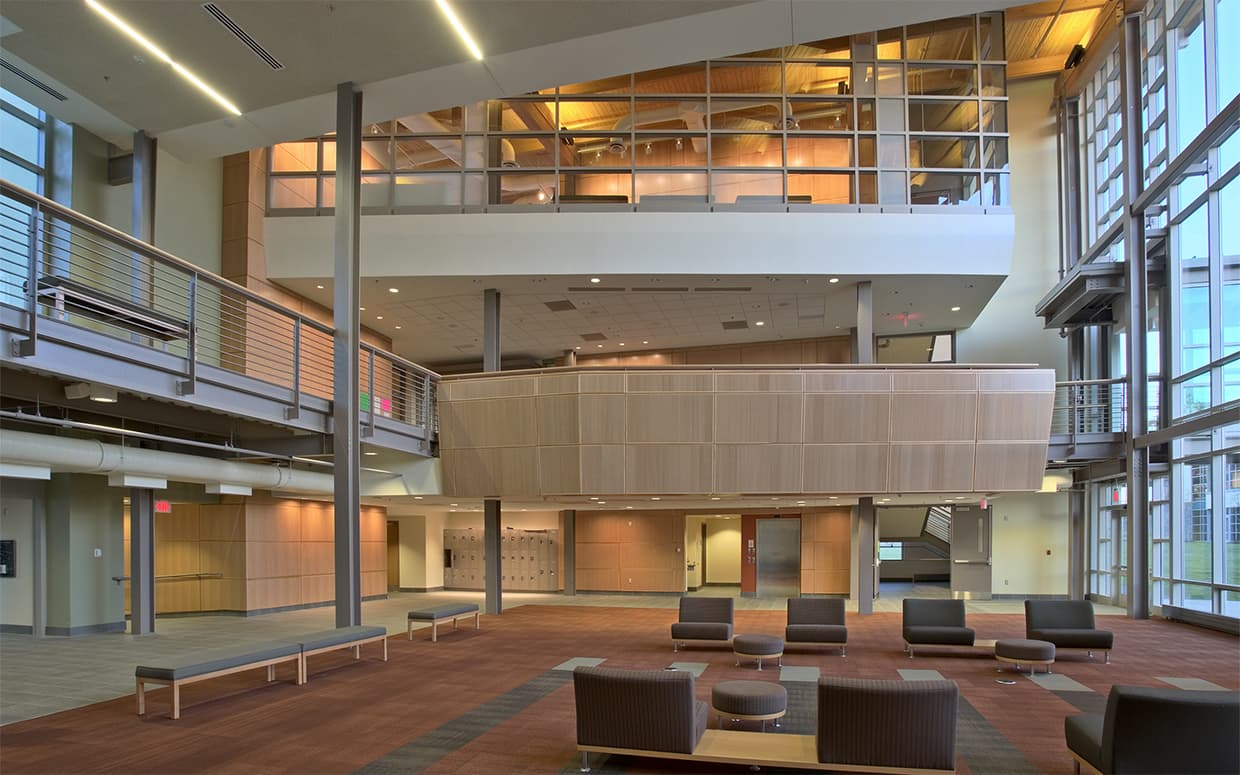 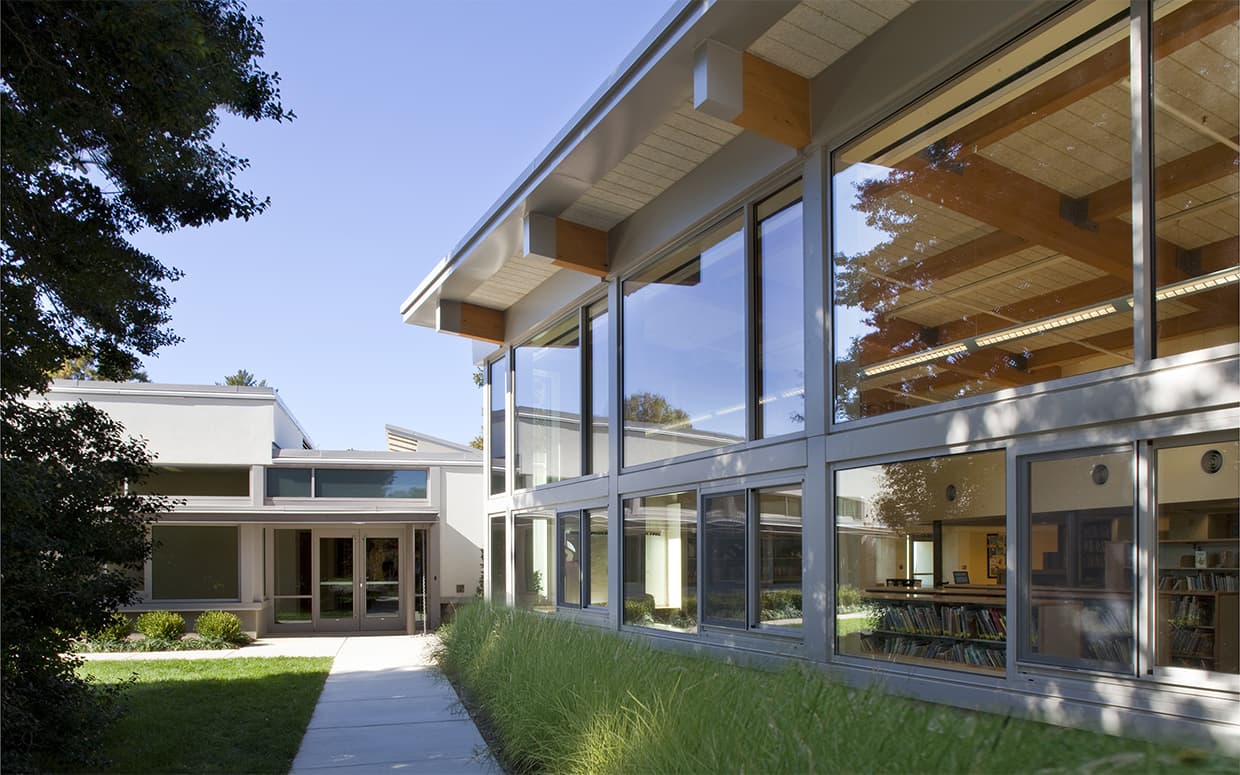 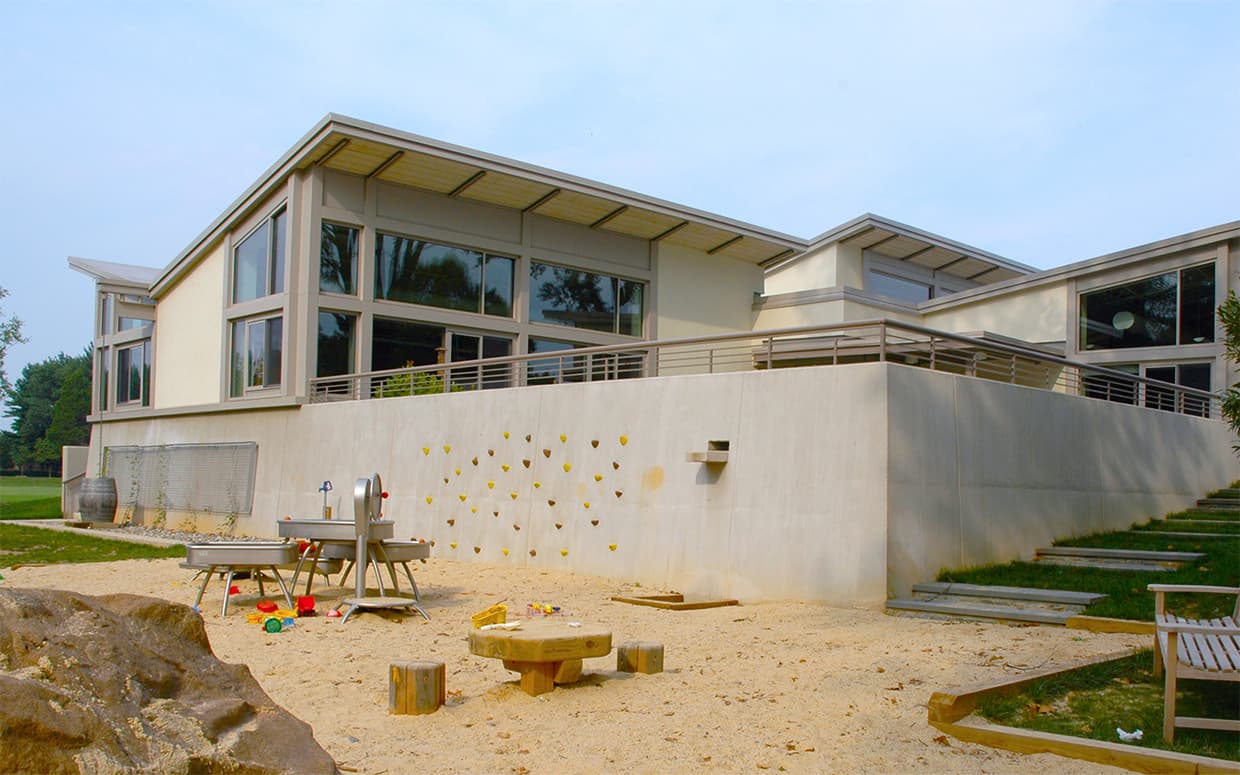 The Potomac School in McLean, VA is co-ed K-12 private school for over 1,000 students situated on a 90-acre campus within a natural setting that includes forest, streams, and fields. CGS Architects was commissioned to undertake a comprehensive campus master planning effort intended to become a resource for evaluating the needs for facility improvement and campus growth while providing a vehicle for matching construction opportunities with available funding. Implementation of the master plan began with the renovation of / addition to the Upper School, creating an environmentally sensitive 21st century education building that extends teaching spaces from the classroom to the outdoors. A new Lower School was the second phase of this plan, expressing the school’s mission to teach environmental stewardship beginning with their youngest students. The Intermediate School project was subsequently completed, becoming the sixth building facility that CGS Architects designed on the Potomac campus.

The Upper School project included the renovation of its existing building and the construction of two new wings, the East Building and the Tundra Building. A glass-enclosed pedestrian bridge spanning the width of a new exterior quadrangle connects the new construction. Central to the buildings - and to the students’ school day - is the ‘Crosswords’, a three-level social gathering space positioned between the new Tundra Building and the existing Upper School. In addition to greatly improved classrooms, the new complex includes a 125-seat tiered classroom, a black box theater, a library, a dining room with floor-to-ceiling glass, and balconies that open to expansive views of the campus. The Potomac School’s new Lower School was the second phase of their multi-phased expansion. The project takes advantage of bucolic rolling hills on the northwest side of the campus such that each classroom is directly connected to outdoor teaching areas in an intimate courtyard. In addition to thirteen classrooms, the Lower School Building includes separate science, art, music, and computer spaces. The Intermediate School project reflects the school’s mission to create an environmentally sensitive 21st century school that extends teaching spaces from the classroom to the outdoors.

The Intermediate School houses six classrooms, a new main office, three breakout areas for students, new bathrooms, and a two-story Commons. Two new outdoor learning spaces, including an amphitheater in the Pingree Garden and a second-floor deck, were also incorporated into the design. The school’s new two-story Commons, which opens onto the amphitheater, is the Intermediate school’s ‘Heart’ ; an important focal point of the design that is used for community meetings and student gatherings.