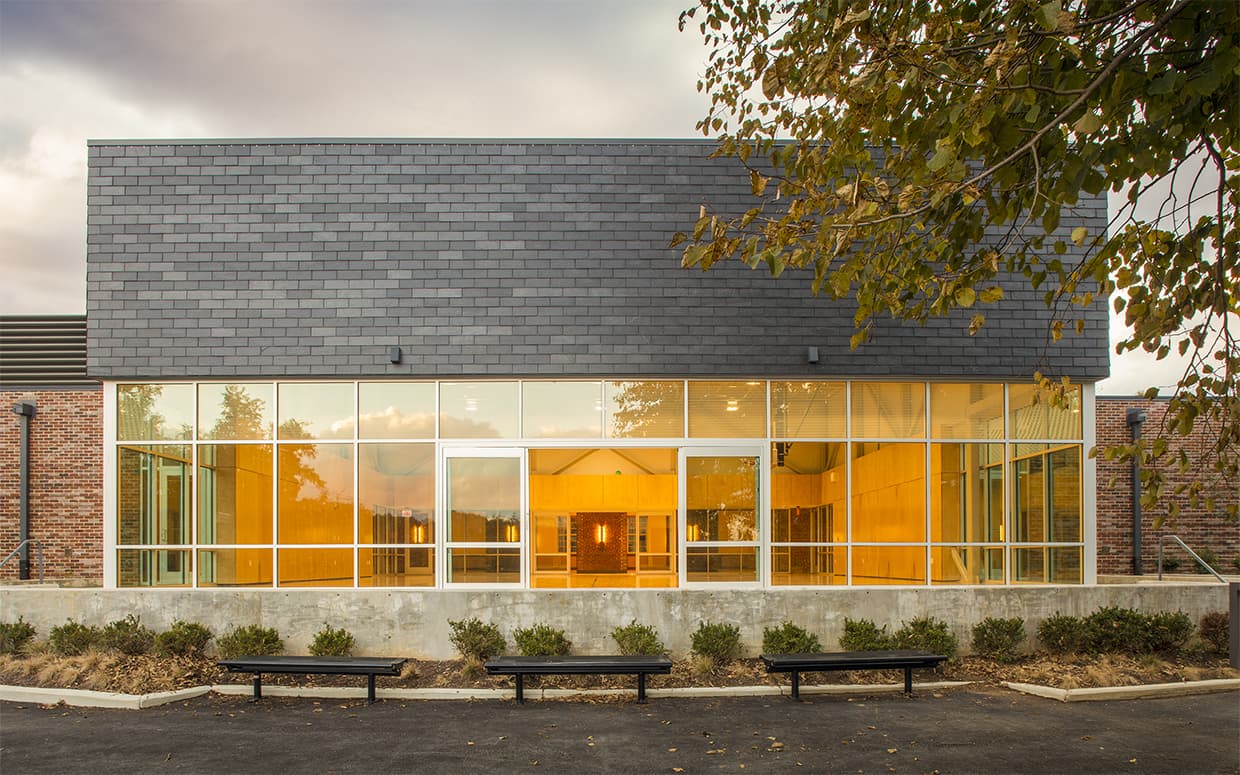 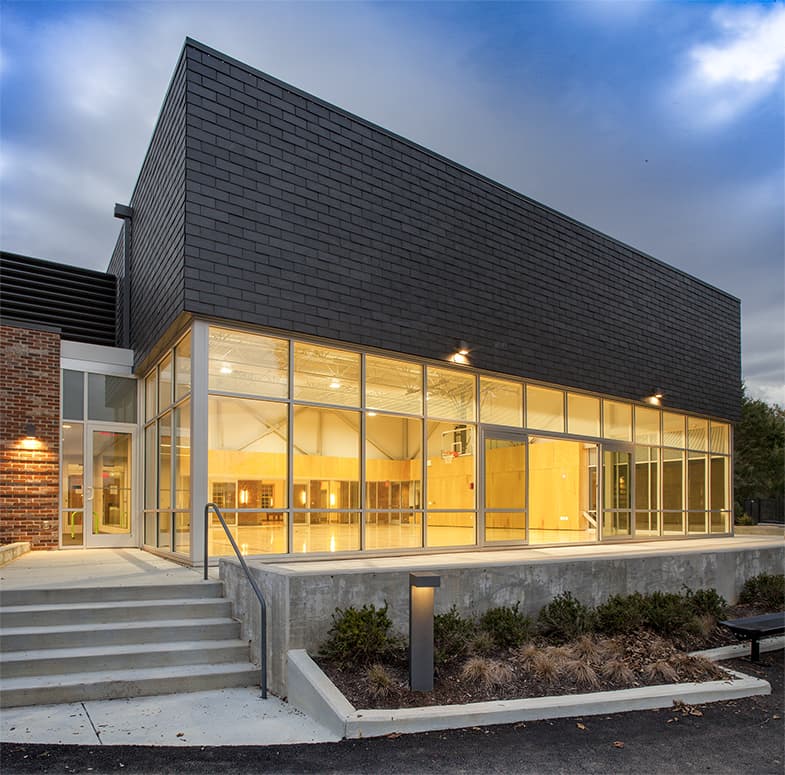 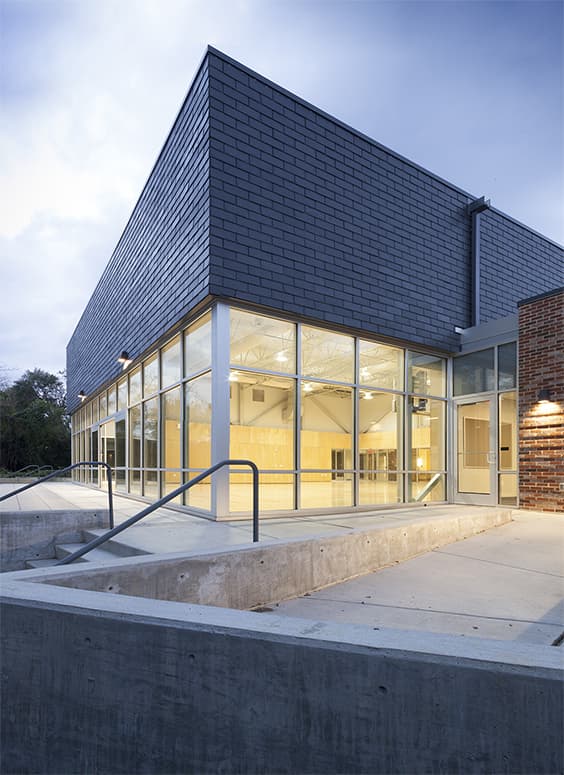 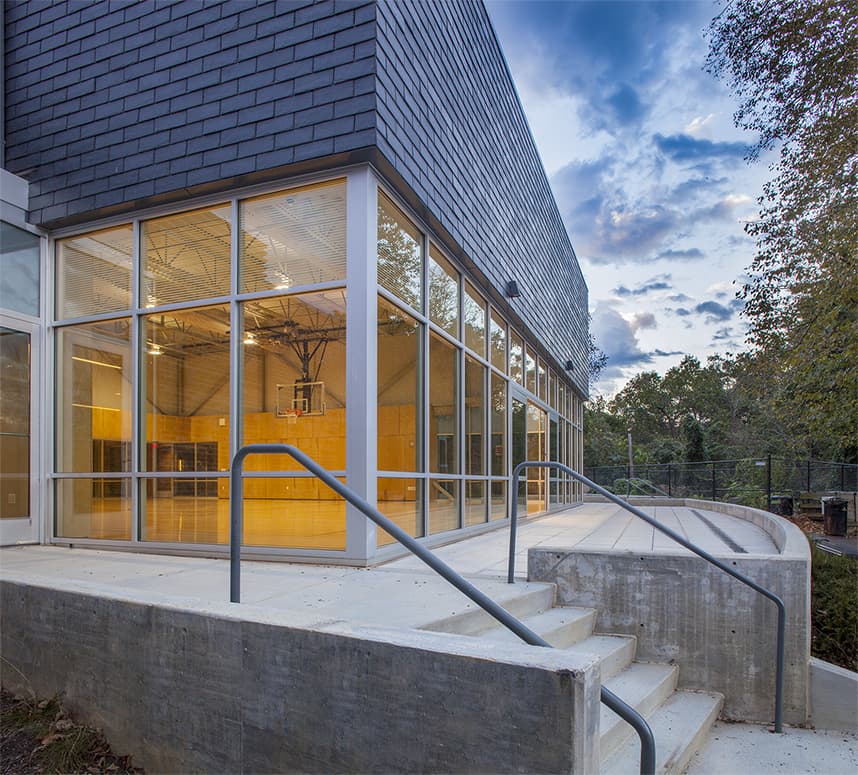 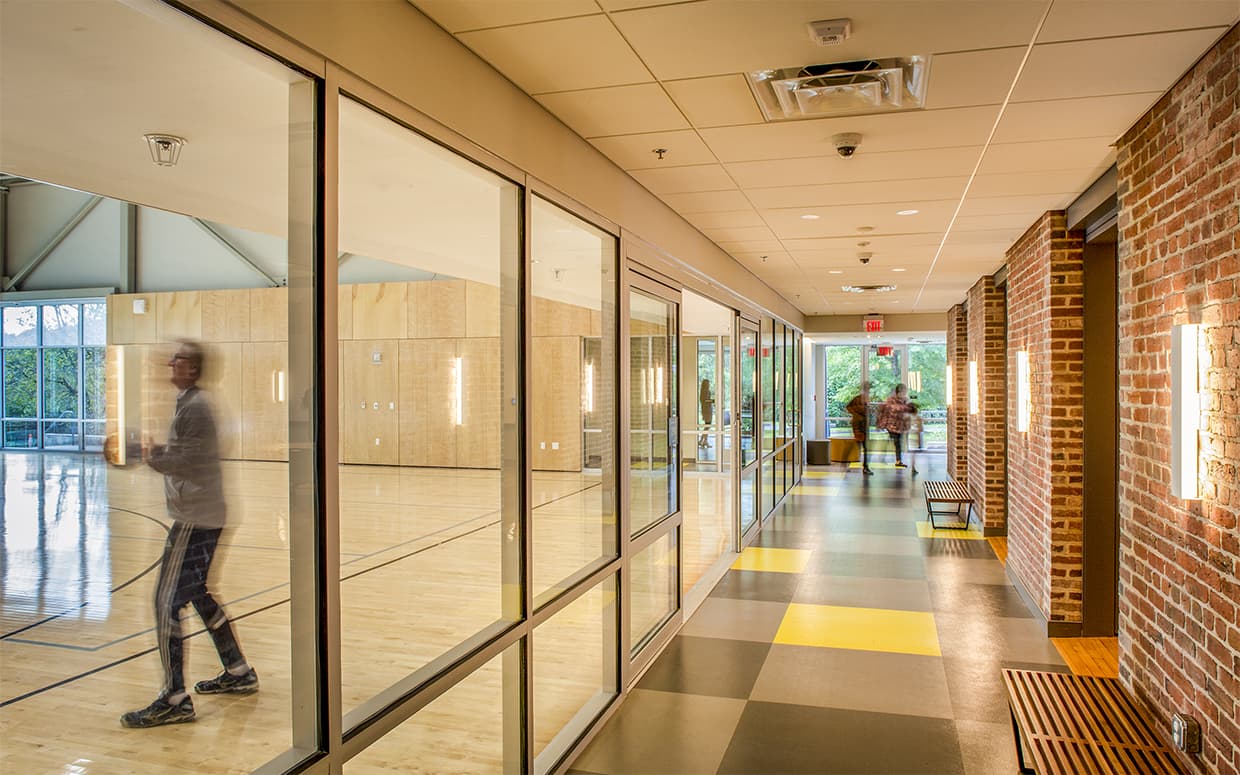 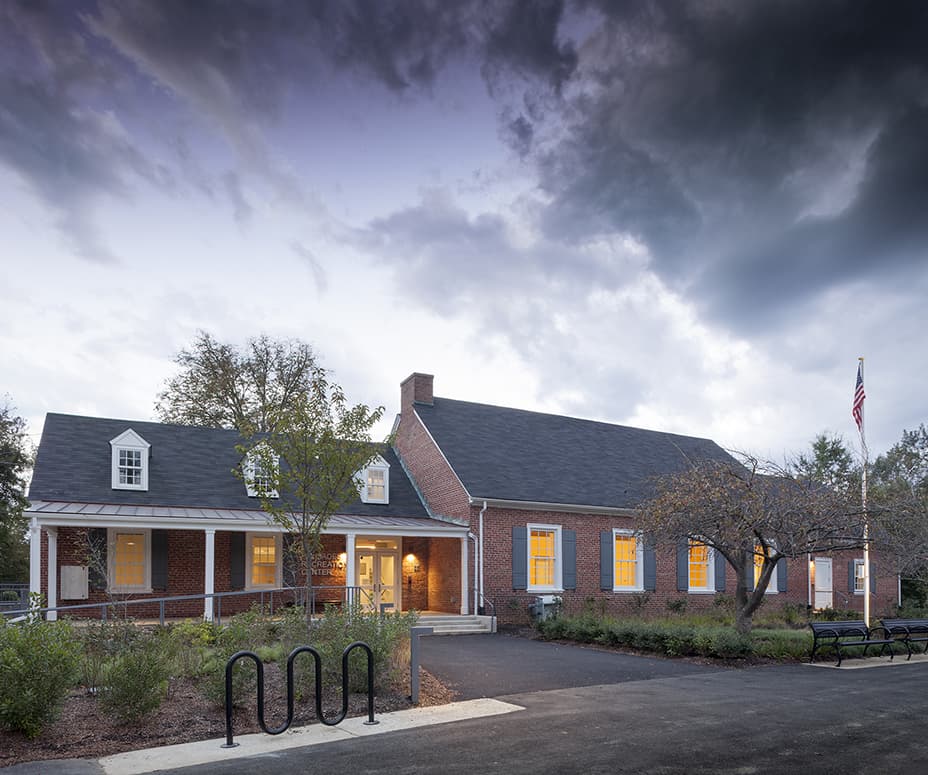 Constructed in 1935, the Palisades Recreation Center was an early example of a public recreation facility built in the Nation’s Capital. It was sited overlooking the Potomac River on land that was a Native American habitation over a millennium ago. In 2016, the facility was added to the District of Columbia’s list of Landmark Structures and list of Landmark Sites. These designations limited the scope of what could be modified in a modernization and renovation.

The existing property includes several acres of land with an outdoor splash park, basketball court, baseball and soccer fields, tennis courts, skate park, community gardens, wooded areas, and a nature walk serving the recreational needs of the Palisades community. Although well-loved and used by the community, major portions of the existing facility were outdated, worn, and required immediate improvement and replacement; the building had not seen substantial improvement since its construction.

In 2016, the District of Columbia Department of Parks and Recreation (DPR) and the Department of General Services (DGS) initiated their efforts to bring improvements and new facilities to the Palisades community. CGS Architects was commissioned to collaborate with District agencies and community stakeholders to design and administer construction on a modernized and expanded community recreation facility and extensive site redevelopment. CGS Architects worked closely with regulatory review boards and their staffs including the DC Historic Preservation Office, Federal Commission of Fine Arts, and the US National Park Services to sensitively restore and enlarge the existing landmark structure and site.

Particularly of note, dirt was pushed to the periphery of the site during original construction of the building, moving Native American artifacts to these areas where they still sit today. During the renovation, many of the artifacts were retrieved and placed in the Palisades Museum which is located within the recreation center.