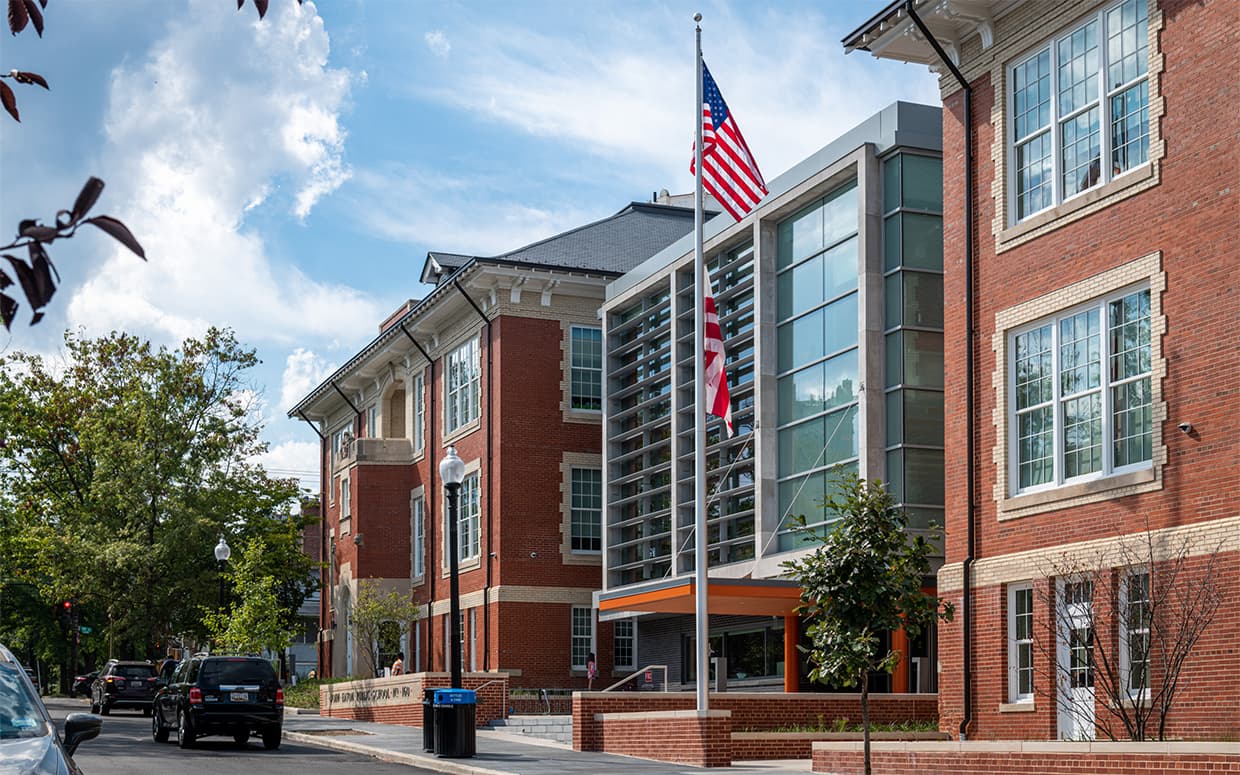 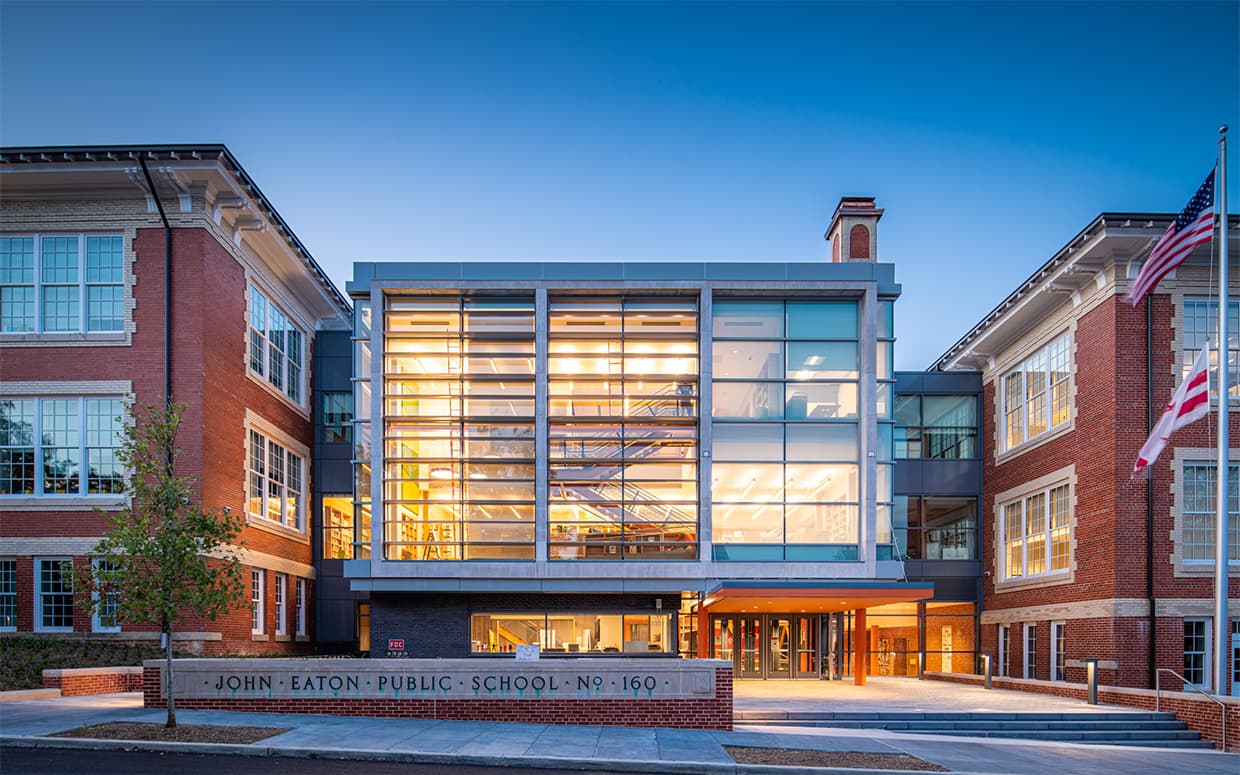 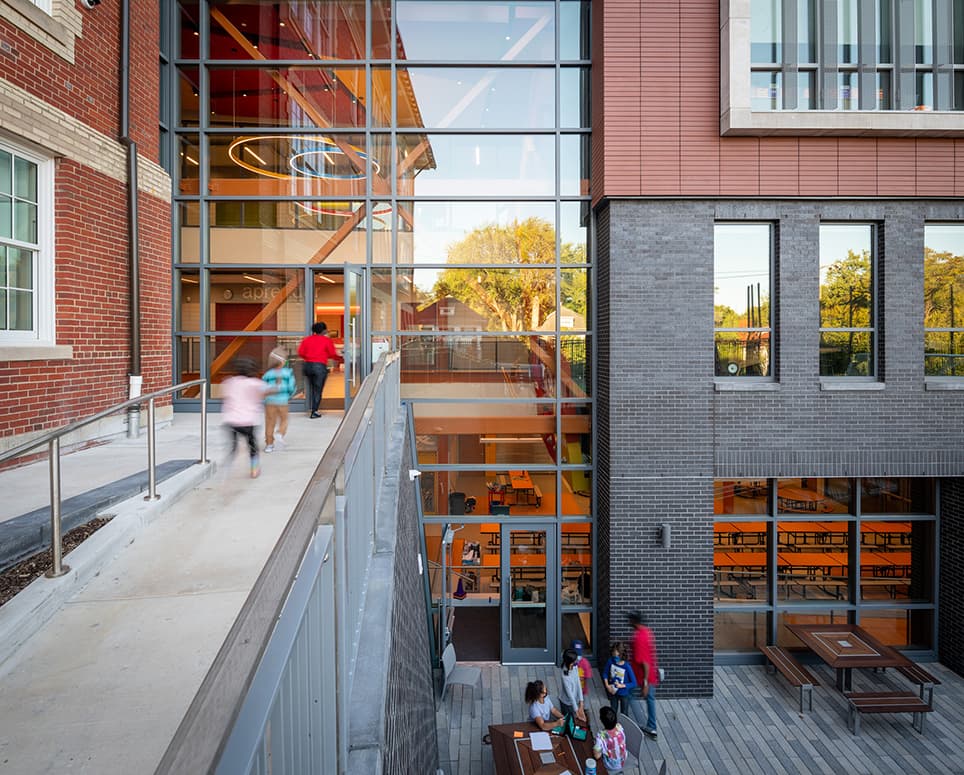 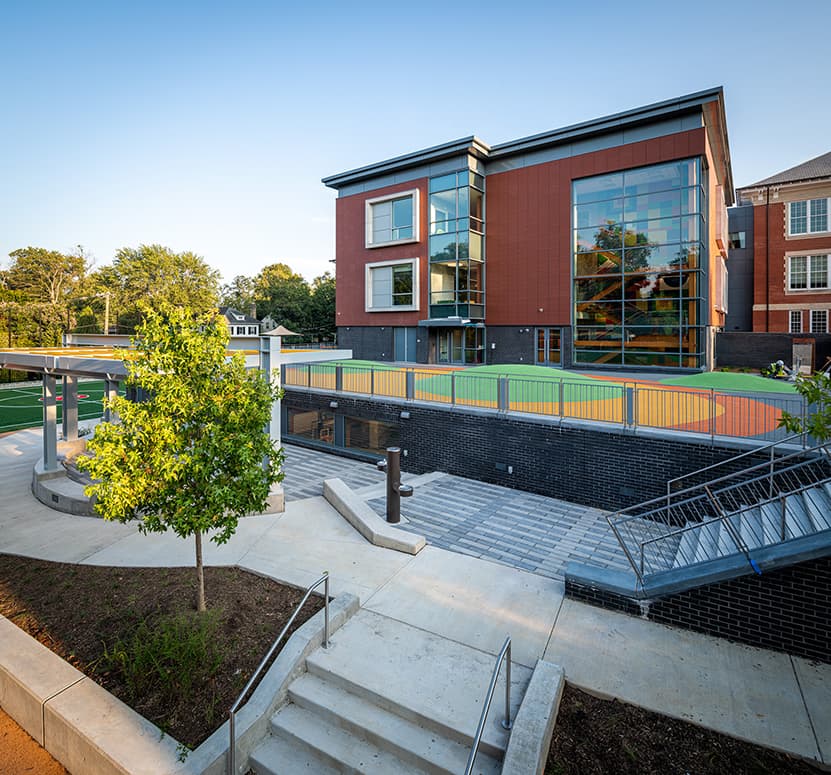 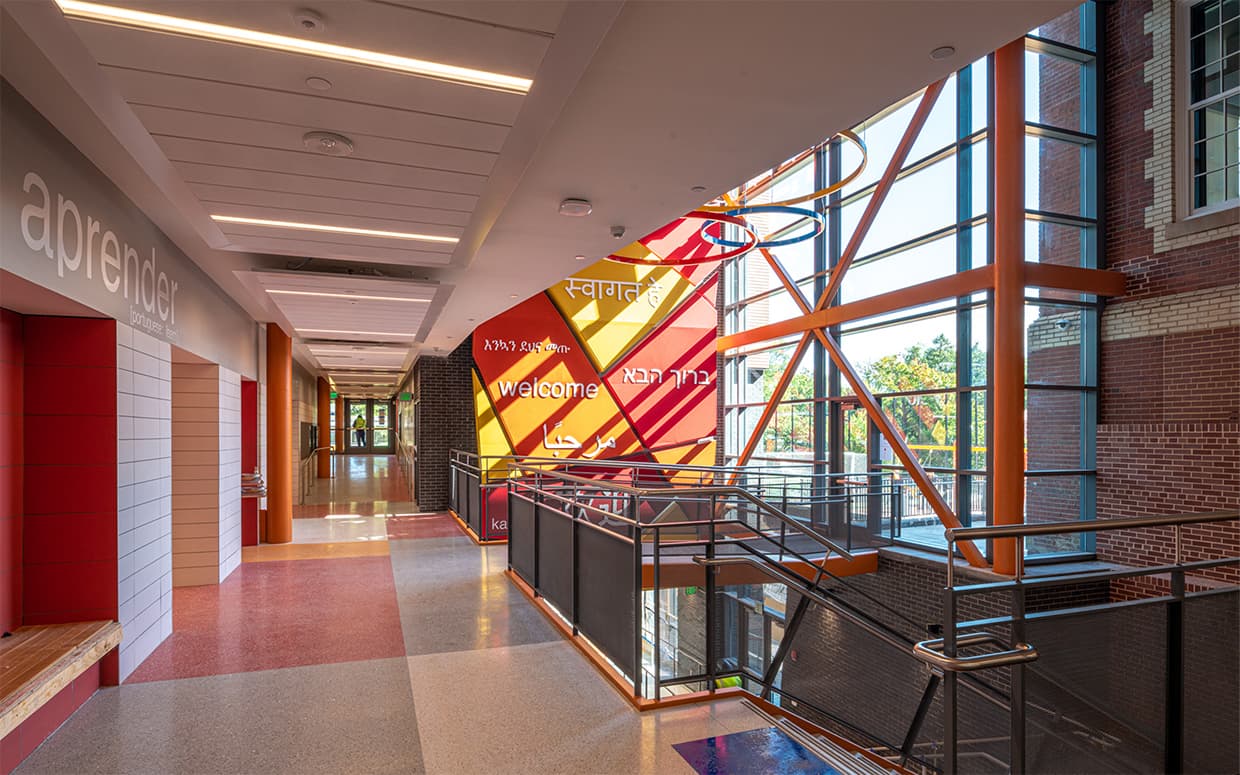 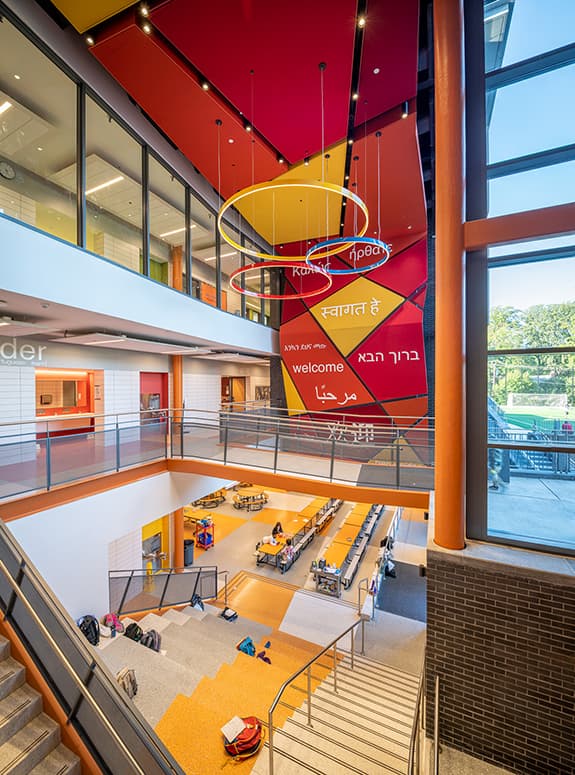 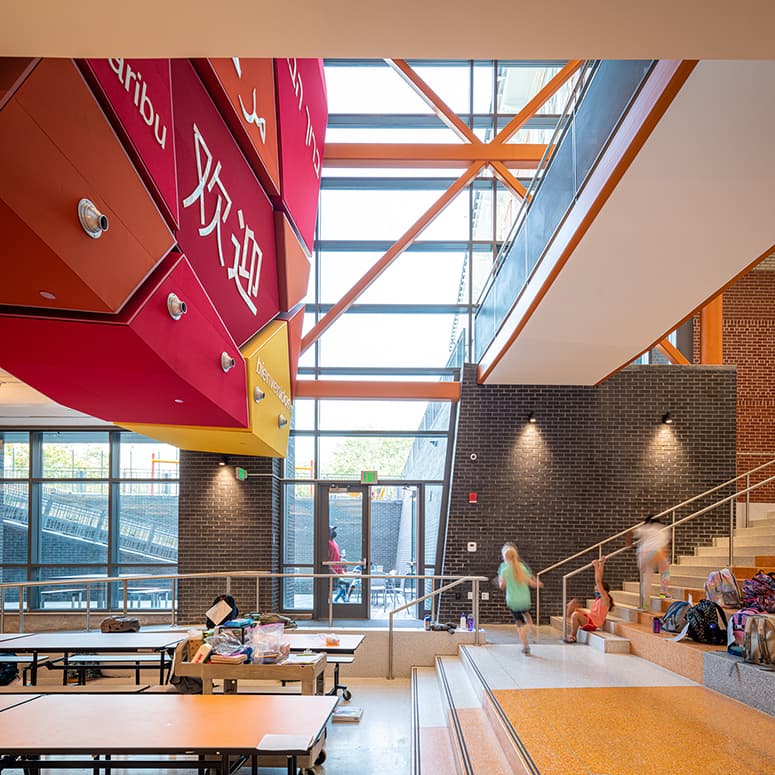 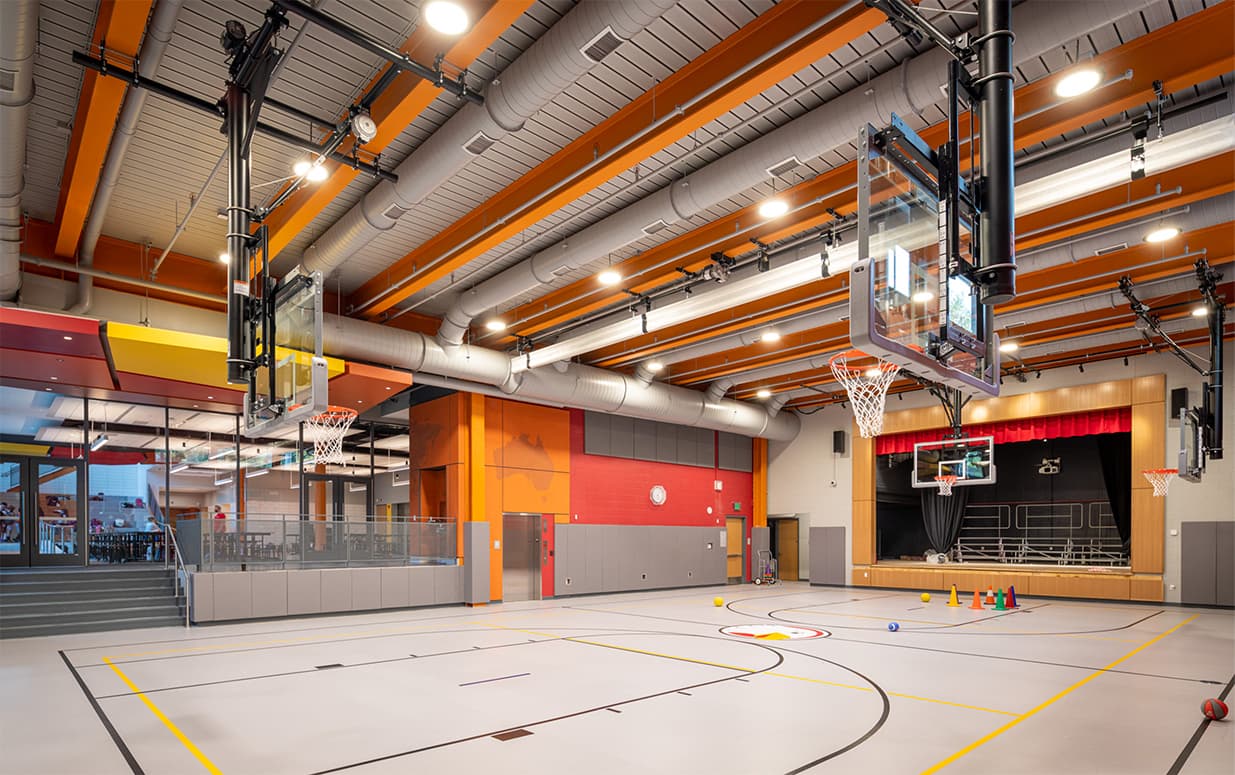 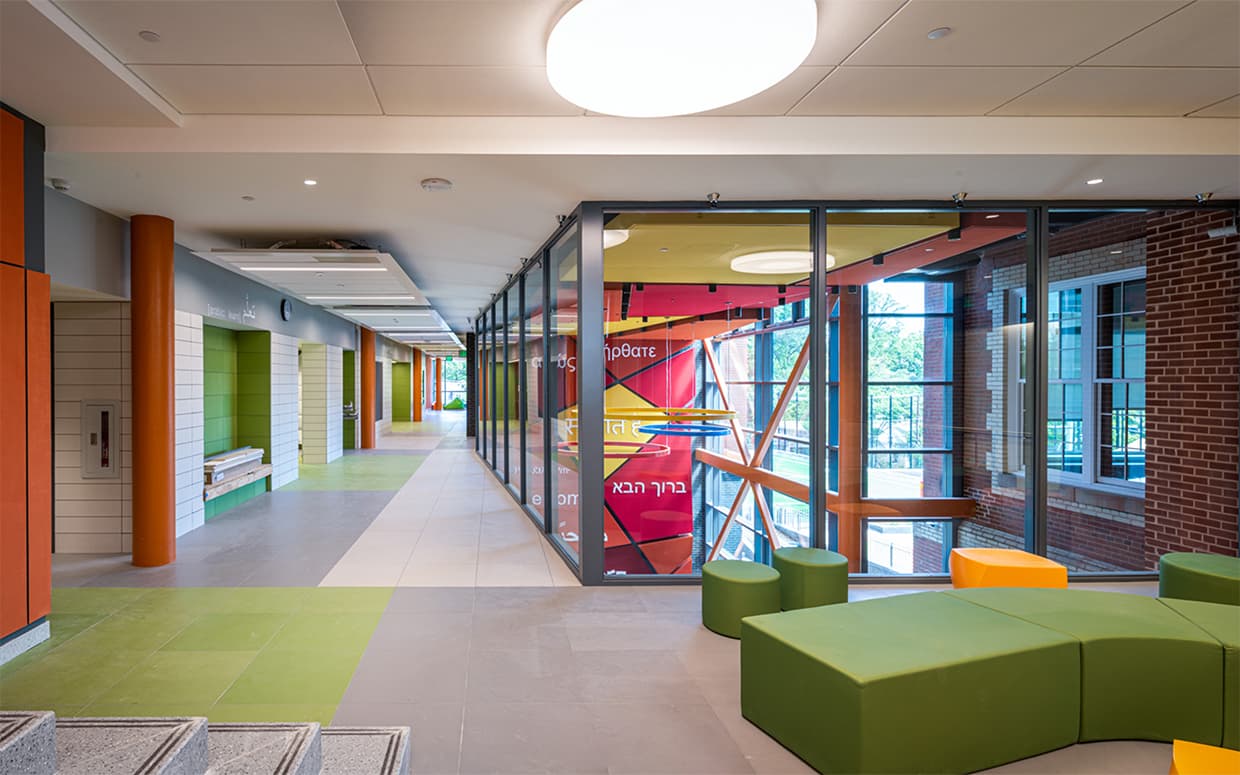 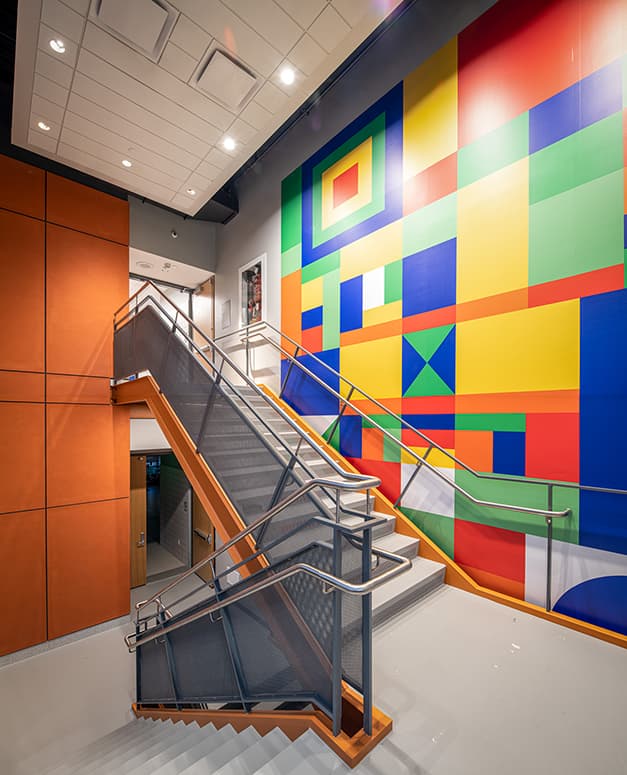 Eaton Elementary School is located in Washington DC’s Cleveland Park Historic District, in the shadow of the National Cathedral. Founded with just 20 students in the early 1900s, it now serves a community of over 500 hailing from all 4 quadrants of the District. Over the years, the building has incrementally evolved with additions to its four existing buildings; the original and charming 1910 pavilion, a second matching pavilion from the 1920s, a 1930s multipurpose building, and finally a 1980s brutalist entry addition. In 2018, DC Public Schools sought to update the aging facility and expand the current program areas by 50% to meet modern education standards. The site is extremely tight and exterior space was identified by the school as “especially precious for outdoor play and learning.”

In 2019, CGS Architects began designs to modernize Eaton. The evolution of the design was heavily influenced by the School’s historic buildings and its Cleveland Park Historic District context. The finished exterior marries new and old, using infill construction to knit historic elements into a dynamic architectural expression. Eaton’s Many Cultures, One Community motto became the genesis of the new interior design theme. The School’s international culture is celebrated by associating the building floor levels with continental land masses and associated dominant colors. World language scripts, physical geography maps, and internationally themed art installations give each floor a distinct regional identity and provide a sense of orientation within the building. The design effort required careful assessment of existing, historic structures to balance the addition of increased program space while maintaining heavily-used outdoor space. Ultimately, removing one of the existing aged structures afforded space for expansion but triggered an arduous DC Mayor’s Agent approval process. Through careful planning and engagement with government regulatory agencies, all approvals were received successfully in the context of an extremely aggressive schedule.