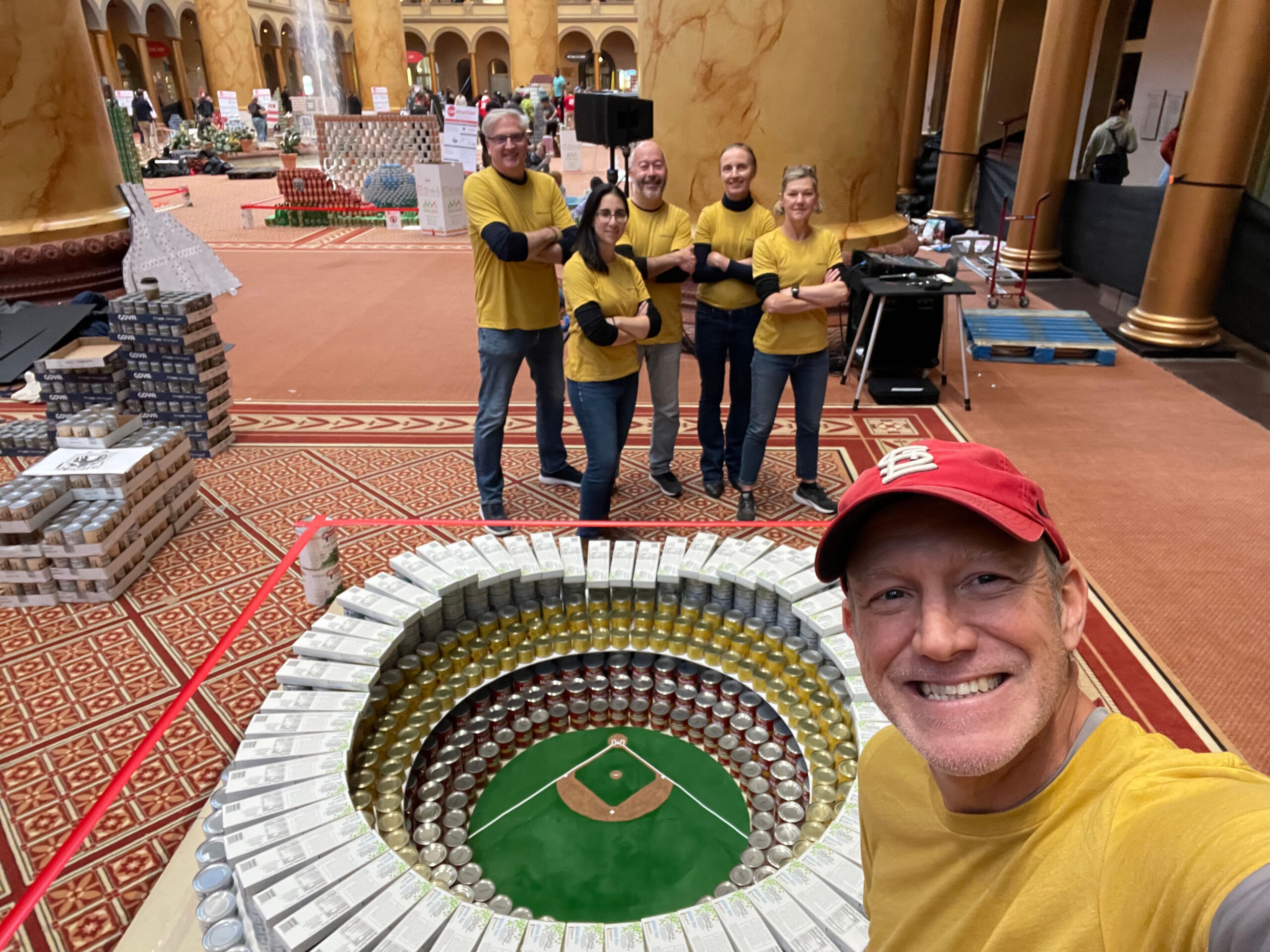 "Weather" you plan your days by the Farmer's Almanac, the political winds of the campaign season, or the schedules of your favorite teams, we're all reminded that as we prepare for playoff baseball and football, there is also a colder reality that for many, basic needs will get even harder to meet. While playoff excitement soars, thermometers plummet, forcing too many of our neighbors to make increasingly difficult choices about how to provide for themselves and their families.

Our inspiration comes from the passion that fired up fans at Robert F. Kennedy Memorial Stadium for generations. While it gave life to an energy that fueled City Championships, MLS titles, MLB pennant races, and Super Bowls, RFKanucopia will give back by sharing a bounty to help tackle hunger. Our team aims to tap home plate one last time, swing for the fences, and hit one out of the park against hunger.

We also took home the award for Best Stadium/Arena out of 38 teams!

Note about CANstruction:
CANstruction is a nationwide program that aims to raise awareness about hunger. In DC, CANstruction is organized by the Washington Architectural Foundation as a creative design-build competition that benefits the Capital Area Food Bank through donations of canned goods. Teams from architecture and design firms from Washington, DC use their skills to build sculptures out of cans of food. The nutritious shelf-stable food is donated to the CAFB for distribution to those in need after the event.